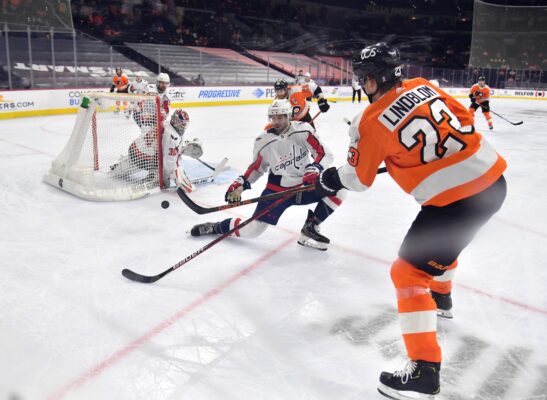 The Philadelphia Flyers and Boston Bruins renew their rivalry for the third time this season. Philly tallied a 6-3 win way back in the third game of the season, but the Bruins tied up the series coming out on top 5-2 on November 20th. Boston has been favored in both meetings so far this season, and that’s no different for Thursday’s meeting with a whopping -250 line.

Flyers Getting Points at Least

Philadelphia has gone to OT in five of their last eight games, meaning they are at least getting points despite picking up just two wins over that span. The Flyers still have a lot of work to do, as they are 3rd from the bottom in the Metropolitan and 17 points back from Carolina in the division.

There’s still a lot of hockey left though and the Flyers need to snap their current five-game losing streak sooner rather than later. The problem with that is Philadelphia is experiencing some real problems on both ends of the ice, behind held to two goals or less in each of their five defeats while allowing a total of 22 goals over the skid.

One would think Carter Hart is back in net on Thursday night especially considering the Flyers have been off since Saturday’s 3-2 OT loss to San Jose. Hart gave up 6 goals in his last start though, double his 2.92 GAA.

Boston Big Favorites Even on the B2B

Boston was a -135 and a -140 favorite in their two previous meetings with the Flyers this season. Sure Philadelphia is in a bit of a rut right now while the Bruins are red hot with wins in six of their last seven – but the Bruins are all the way up to -250 for this game while also playing on the back to back.

The Bruins were able to get past Calgary on Wednesday night for their third straight win. This current stretch includes tough victories at Washington and at Tampa Bay, and Boston has also scored 5+ goals in five of their last six games. Brad Marchand has the second-most points in the NHL over the last two weeks with 20, while Matt Grzelcyk had a 5 point night (1 goal, 4 assists) in the win in Washington on Monday.

Linus Ullmark picked up the win on Wednesday night which means Jeremy Swayman is likely in net for the second leg of the back to back. Swayman has allowed a total of two goals in his last two road starts, but 18 scores in his last five home outings.

The Bruins offense is clicking as they go for a third straight win over the Flyers this season. Philadelphia’s offense is in the gutter but they should be able to get going against Swayman who struggles at home. Boston being on 0 days rest may catch up to them a bit as well.