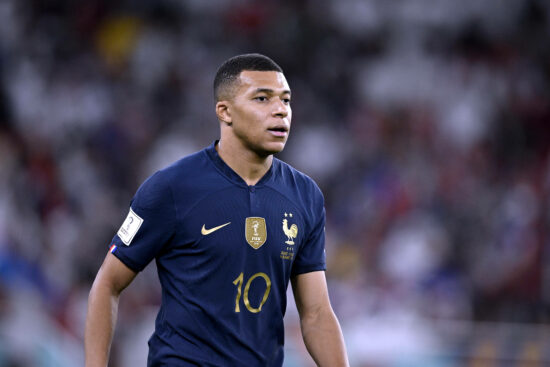 If you’re in search of some World Cup predictions, look no further because, in this article, Vegas Odds are going to preview France vs Poland in the tournament’s Round of Last 16.

Poland need to count themselves very lucky to get to the round of 16. However, this is where their luck (probably) runs out. Why? Because their opponent is France.

The reigning World Cup champs might be missing a couple of key players from the trophy-winning generation, but they have Kylian Mbappe. The PSG forward is having a great tournament and is favored to win both the Golden Ball (+200) and the Golden Boot (+325).

Is there a way that Poland’s aging defensive line can tame the 23-year-old superstar? Let’s find out!

Luck was on the side of the Poles in the final round of the group phase of the 2022 World Cup. They did lose to Argentina 2-0, but that was enough to advance to the next stage. They finished on level points with Mexico but with a better score difference – better by just one goal.

But it could’ve been a whole different story if Lionel Messi didn’t miss a penalty or if one of Mexico’s goals against Saudi Arabia wasn’t disallowed.

Anyway, they’ve made it to the round of 16, but this is probably where their journey ends. It’s just that France have a much better roster. In fact, even if Didier Deschamps put reserves in the starting XI (as he did in the game against Tunisia), we’d still think of France as the favorite.

As mentioned at the beginning, Mbappe is the most impressive player in the tournament so far. He’s scored three goals and made one assist so far, despite starting only two games. France’s third game – which they lost 1-0 to Tunisia – saw him get off the bench in the 63rd minute.

Because he played only one-third of the game, you can be certain that he’s gonna be fresh and well-rested for the Poland game. And when he’s feeling good, he usually scores.

Anything but an easy win for the reigning champion would be a massive upset. We don’t think a surprise will happen this Sunday. Instead, Mbappe & Co. are going to have a field day in Doha.