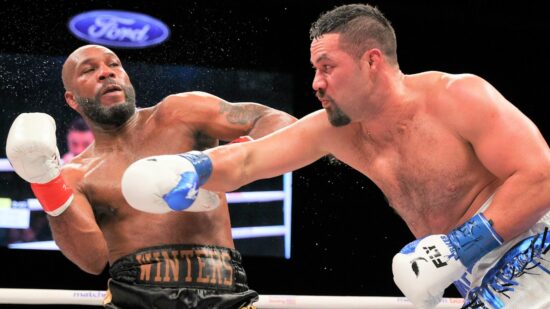 There is a massive grudge boxing fight taking place in Auckland, New Zealand, this weekend, as Joseph Parker comes up against his long-time rival Junior Fa at the Spark Arena.

Parker vs Fa Tale Of The Tape

Parker Looking To Get Back Into Title Picture

Joseph Parker will be no stranger to fans of heavyweight boxing, as he has been a main player in the title picture throughout his professional career. The Kiwi has come up against some of the most dominant heavyweights throughout his career and has recorded wins against Andy Ruiz Jr and Carlos Takam.

However, this fight is one of the most personal that he has been involved in, as he will be coming up against an opponent that grew up in the same neighborhood. The two have fought in the past, but all four contests came at the amateur level. Their careers have gone in different directions since they last met in the ring, as Parker became the WBO heavyweight champion with victory over Ruiz Jr in December 2016.

He successfully retained his title on two occasions against Razvan Cojanu and Hughie Fury before being beaten by Anthony Joshua in March 2018. However, that fight was the first time that an opponent had taken the current world champion the distance. That defeat was quickly followed up with another defeat against Dillian Whyte. Parker has recently come back into form, though, and has picked up three wins by KO/TKO against Alexander Flores, Alex Leapai and Shawndell Winters.

There is no denying that this is Fa’s biggest fight to date. The 31-year-old has recorded two wins against Parker in the past, but while his opponent this weekend has gone on to challenge some of the leading names in the heavyweight division, Fa has competed against relative unknowns. His knockout percentage does stand at a hugely respectable 53%, but the names of his challengers during his professional career are hardly household names.

Fa won the WBO Oriental interim title back in June 2018 after beating Luis Pascual by unanimous decision, and he has since successfully defended that title on three previous occasions before this weekend’s date with Parker. Two of those contests were ended in the first round, with knockout victories over Rogelio Omar Rossi and Newfel Ouatah. He has been taken the distance in his two most recent fights, as he has needed the decision victory against Dominick Guinn and Devin Vargas.

Who will win tonight’s boxing fight:

Fa has the height and reach advantage, but it’s hard to ignore the proven quality that Parker has. Parker has pushed huge names such as Whyte and Joshua to their limit, and if he is at his best, then he will continue his excellent record knockout record.