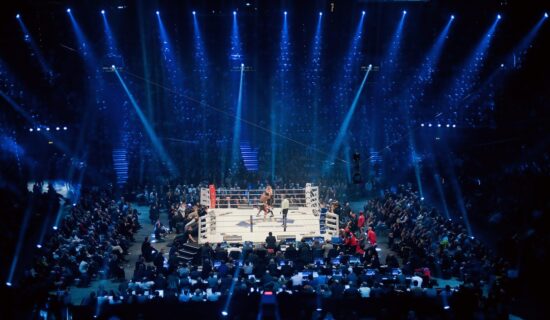 One of the biggest heavyweight clashes of the year so far takes place this weekend, as Dillian Whyte looks to avenge only his second career defeat in a rematch with Alexander Povetkin. The stakes are huge, but will the Brit get his career back on track?

Povetkin vs Whyte II Tale Of The Tape

The August defeat for Dillian Whyte set the British heavyweight back, as he looked to be on a collision course for a world title opportunity. However, the stunning defeat, which was the second of his professional career, means that it will be win-or-bust for the fighter from Brixton this weekend. That will not be a factor that will phase the Brit, as he has made a career out of comebacks. His first came back in 2012 when he returned following a drugs ban to get back into the world title picture.

That ultimately led to another setback, as he was beaten by Anthony Joshua in the seventh round of the WBC clash. However, following that defeat, Whyte came back hungrier than ever and dismantled every opponent that he came up against, including two legendary clashes with Derek Chisora. He looked to be on course for another world title opportunity after victories against Oscar Rivas and Mariusz Wach, but the defeat means that he now needs to come back from the brink once again.

Povetkin Looking For Another Shock Victory

The fact that Povetkin went into the first fight between the heavyweights speaks more of the progression that Whyte has made in the ring rather than the skills of Povetkin. The 41-year-old is one of the most respected names in the division and is a previous contender for the WBA, IBF, WBO, and IBO titles. However, that world title opportunity ultimately ended in disappointment, as he was beaten by a seventh-round stoppage, which remains the only defeat that Povetkin has suffered inside the distance.

Victory against Hughie Fury followed that defeat before a draw against Michael Hunter in December 2019 set up the bout against Whyte back in August last year. That victory against the Brit was the best performance for many years from the heavyweight, but repeating that level once again in Gibraltar this weekend is the biggest challenge ahead of him. However, it is important to remember that the 41-year-old has lost just twice in his career, which has included 39 professional fights.

Who will win tonight’s boxing fight:

This is such an interesting fight. It could go either way, and there wouldn’t be a surprise. The weight that Whyte weighs in at could be pivotal, as many believed that the reason for his defeat in August was down to the shape that he went into the fight in. If he is heavier, then he should get the win, as much of his game relies on the power that he gets from his punches.