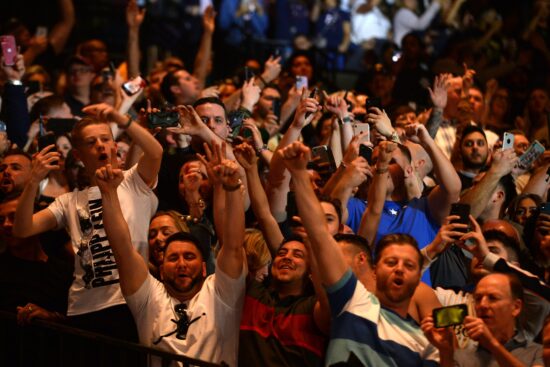 There will be a fight with added intrigue taking place on Saturday evening, as Josh Warrington looks to take a step closer to securing a world title fight in 2021. His opponent this weekend with be Mauricio Lara, but which star will pick up the win at The SSE Arena?

Warrington vs Lara: Tale Of The Tape

Josh Warrington has made no secret of the fact that he plans to fight for a world title this year, and a win against Mauricio Lara would put him on the cusp of achieving that. The former boxing champion has dominated throughout his career and holds an impressive 30-0 winning record. However, this will his first fight in 16 months, as he last fought in October 2019 when he beat Sofiane Takoucht by TKO in the second round.

That was the third and final successful title defence of the IBF featherweight belt for the 30-year-old, which he ultimately decided to vacate earlier in the year. Warrington won the IBF title after beating Lee Selby at his beloved Leeds United’s home stadium of Elland Road in May 2018. After winning the gold, he beat two of the best featherweights in the United Kingdom in the form of Kid Galahad and Carl Frampton.

This may be seen as a step down in opponent by many, but there is no question that Warrington has a planned route in mind when it comes to the world title. His decision to vacate the IBF title was the olive branch to the other leading featherweights, and victory over Lara on Saturday night will mean that a fight against Can Xu, Gary Russell Jr or Emanuel Navarrete will be closer than it has ever been before.

Lara is vastly inexperienced compared to the heavy favourite in the boxing betting, but he has enjoyed an excellent couple of years in the ring. There is no denying that this will illustrate a huge step up in competition for the Mexican, as the majority of his fights to this point have come in his home country against relatively unknown opponents. However, one aspect that could work in his favour is the fact that there will be no ring rust for Lara.

He has last in the ring in December, as he beat Sergio Puente by unanimous decision. That was his fourth fight of the calendar year, and he has fought on one further occasion since the last time that Warrington has been in the ring. His last defeat came back in May 2018 against Eliot Chavez, but since then, he has won eight times by stoppage and has only been taken the distance on two occasions. Warrington will be wary of the threat posed by the Mexican, and he will need to be at his very best to get the win that he desires.

Who will win tonight’s fight between Warrington and Lara:

The odds seem to be pretty accurate when it comes to deciding the star that will win this bout, as it is ridiculously hard to see past the Warrington win. There are certainly bigger fights ahead for the Brit, but it will be welcome sight to see the featherweight back in the ring.