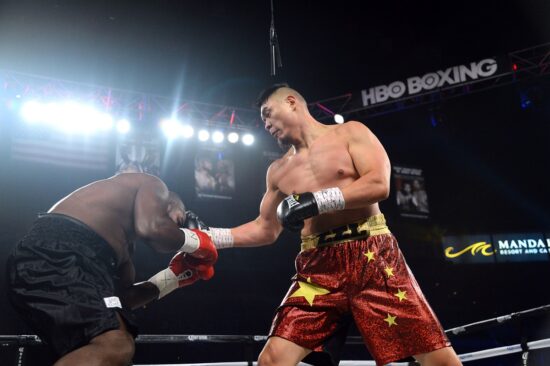 All eyes of the boxing world will be on the Hard Rock Stadium on Saturday evening. Canelo Alvarez returns to the ring to defend his super middleweight titles against Avni Yildirim. However, there is an exciting undercard of action that fans will be able to watch before the main event.

The WBC Flyweight title will be on the line on the undercard, as Julio Cesar Martinez defends his gold against McWilliams Arroyo. The Mexican has been in excellent form in the ring since losing to Joaquin Cruz in his first professional bout. Since that defeat, he has won his last 17 and has been in WBC champion since beating Cristofer Rosales in December 2019.

He defended his championship on two occasions last year, with the most recent win coming in the form of a knockout success against Moises Calleros in October.

McWilliams Arroyo will be his opponent this weekend, and the Puerto Rican comes into the fight in good recent form. He has won his last three, with wins being picked up against Juan Gabriel Media, Carlos Buitrago, and Carlos Maldonado. However, this will be his first fight in over a year, and we expect the Mexican champion to pick apart his rival and win by a points decision.

The most interesting fight on the undercard will see the return to the ring of Zhang Zhilei. The Chinese heavyweight is eying up a future world title shot, and another win this weekend against Jerry Forrest could put him in an excellent position to get the opportunity at some point this year.

The Chinese fighter has been dominant throughout his career thus far, as he has a perfect 22-0 record. Seventeen of his wins have come by knockout, while he has needed the points decision on five occasions. His last win came in November last year, as he beat Devin Vargas via knockout in the fourth round of their contest.

Jerry Watson will be the man standing in front of him this weekend, as the American will be looking to improve on his 26-4 professional record. The 32-year-old has lost two of his last three fights, while includes the loss that he suffered against former world champion contender Carlos Takam in Las Vegas back in July last year.

Watson has constantly struggled to step up against talented fighters, and that will be evident again this weekend. Zhilei could end this contest with an early stoppage.

Diego Pacheco’s star has continued to rise over recent years, and the 19-year-old will be looking for another huge win on the Canelo undercard this weekend in the super middleweight division.

Pacheco has immediately become one of the most exciting talents in American boxing and has picked up ten professional wins out of ten since making his debut back in December 2018. His most recent win was a TKO victory against Juan Antonio Mendez.

Rodolfo Gomez Jr will be looking to continue his excellent recent form as he comes into this fight in Florida, having won his last three. The most recent of those wins came in March as he beat Nosa Divine Nehikhare. However, this will be a big step up, and we expect the young prodigy to claim a unanimous points victory over the 31-year-old.