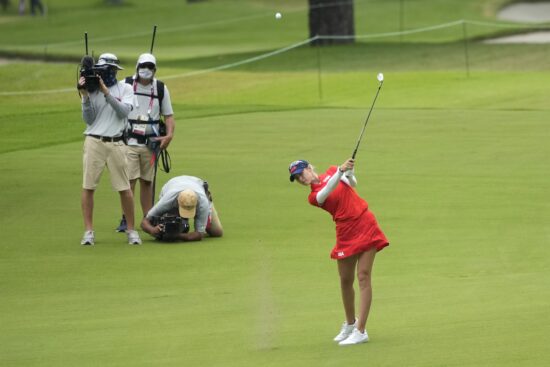 It has been an excellent season of golfing action on the LGPA Tour, and the final major of the season for the women will take place at the Carnoustie Championship Course this weekend.

For the first time in ten years, the AIG Women’s Open will be taking place at Carnoustie. It was last held at the famous course in Scotland in 2011. On that occasion, Yani Tseng was crowned the winning player of the major. It was a pretty noteworthy occasion for the Taiwan player, as it marked her second straight victory in the major. Tseng eventually won the event by four strokes, as she finished -16. Brittany Lang was back in second on that occasion.

The course for this weekend’s event has a par of 71, and players will play across 6,606 yards. Meanwhile, it could be a potentially lucrative event, as there is $4.5 million in purse for players. However, the winning player will walk away with $675,000 in prize money. The records at the British Open are still held by Karrie Webb and Karen Stupples, who both finished -19 when they won the event in 1997 and 2004, respectively.

Nelly Korda leads the betting for the event this weekend. The 23-year-old is in excellent form coming into the major, as she recently won the gold medal at the Tokyo Olympics. Korda has won six LPGA tour events since joining the tour in 2016. She also won her first major this season, as she came out on top in the Women’s PGA Championship earlier in the year.

Lydia Ko is also a leading contender. She has won 17 events on the LPGA Tour, while she has won 21 events as a professional. Ko has also won two majors during her career to this point, with her latest victory coming back in 2016 in the ANA Inspiration.

Attaya Thitkul will be looking to continue her rise in the major this weekend. The Thai player was the youngest golfer to ever win a professional tournament back in 2017. Since then, she has won two further events. However, her wait for a major has continued, as she finished just third in the Evian Championship a few months ago.

Who will win the AIG Women’s Open this weekend:

The betting suggests that it could be a very wide-open event this weekend. However, our pick is for Nelly Korda. The American is in excellent form coming into the major, and a second success could come in Scotland this weekend.