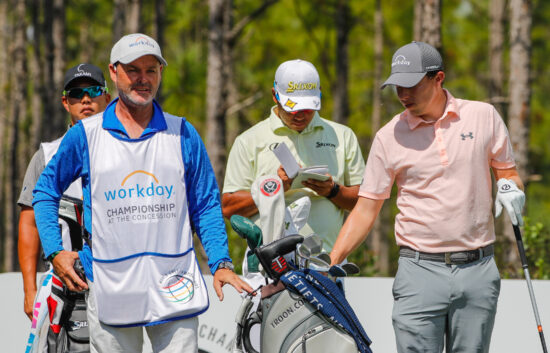 One of the biggest golfing events of the season so far takes place this coming weekend, as some of the leading names in the sport will be in action at the Arnold Palmer Invitational. But, which player could come out on top and earn a spot in The Open Championship?

The Arnold Palmer Invitational has been a mainstay on the golfing calendar since 1966 and is part of the PGA Tour. It was formally known as the Florida Citrus Open but was renamed back in 1979. In 2007 it was renamed once again in honor of Arnold Palmer, who won this event back in 1971. It is known around the world for the fact that the winner picks up a red sweater, which was made famous by Palmer throughout his career. Most importantly for the players, the event sees three spots for The Open Championship up for grabs for non-exempt players.

The scoring record at this event was set back in 1973, as Buddy Allin finished 23 under par. Meanwhile, the aggregate record was set by Payne Stewart, as he finished with a score of 264. Tyrrell Hatton won this event last year, while other recent winners include Francesco Molinari, Rory McIlroy, and Marc Leishman. Tiger Woods is the most successful player in the history of this event, as he has won the Arnold Palmer Invitational on eight previous occasions.

The golf betting markets are dominated by players that have won majors, with McIlroy being the clear favorite in the betting. The Northern Irishman has won 18 titles on the PGA Tour throughout his career and famously won this event back in 2018. Bryson DeChambeau is also another credible contender, having won the US Open most recently. He has also finished in the top ten on three separate occasions so far this season.

Norwegian player Viktor Hovland will also be a player to get a lot of attention this year, as he comes into the Arnold Palmer Invitational in excellent form. He has won the Mayakoba Golf Classic this season and has finished second in both the WGC-Workday and Farmers Insurance Open. Other players that will be considered leading contenders include Jordan Spieth and defending champion Tyrrell Hatton.

Who wins the Arnold Palmer Invitational?

There are a number of decently priced bets for gamblers for this event. Viktor Hovland has tremendous form behind him and could be a solid win bet for this event. However, we like the look of Matthew Fitzpatrick for each-way value. He is the 16th-ranked player in the world and has won six international events throughout his career. He comes into this event in good form, having finished fifth at The Genesis Invitational and recently tied for eleventh at the WGC-Workday.