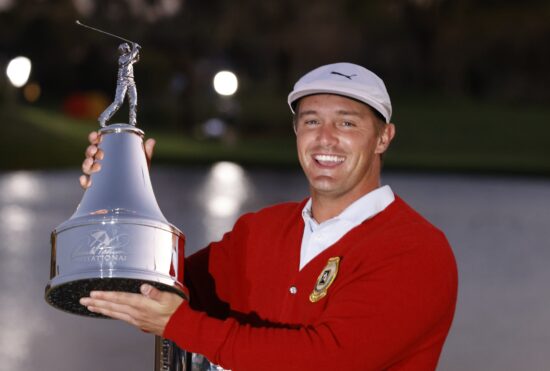 It will be an emotional return to Florida for players to play in the Players Championship this weekend, as the event was the first event on the golfing calendar to be canceled due to the coronavirus pandemic. The action was called off after just a day of play 12 months ago, but some of the best players in the world will be in action this weekend.

While the Players Championship isn’t considered a Major, it is able to attract some of the best players from around the world, which makes it unmissable for golf fans around the world. It is renowned for its huge prize fund, as well as the fact that players play on the iconic Island Green at hole number 17. The record for the event was set way back in 1994 by Greg Norman, who won the event with a score of 264, which was 24 under par. Only one player has won the event on more than one occasion in the past ten years, with Tiger Woods winning his second Players Championship in 2013.

Since then, six different players have picked up the success at the Players Championship. Rory McIlroy will come into the event as the defending champion, as he picked up the win back in 2019, as he managed to hold off Jim Furyk by one shot. Webb Simpson and Kim So-Woo won the events in 2018 and 2017, respectively.

Leading Players For The Players Championship

McIlroy is the defending champion and is the player to beat according to the Vegas Odds for the event. The Northern Irishman is yet to win an event this season, as the best he has managed was top ten finishes in four PGA Tour events. Dustin Johnson is also rightly among the favorites as he won The Masters and finished second in the Vivint Houston Open. Bryson DeChambeau could be a popular pick in the betting, as he has been in exceptional form this season.

He is the in-form player coming into the event, as he won the Arnold Palmer Invitational last weekend. However, some gamblers could be looking for each-way value, and the most prominent picks for that are Justin Thomas and Patrick Cantlay. Thomas has finished in the top ten on four occasions this season, while Cantlay has finished in the top ten in three of his last six appearances.

Who will win the Players Championship:

This should be a really competitive event, and it is difficult to pick a winner at the event. However, DeChambeau’s recent win could be enough to spur him on, and we like the look of Justin Thomas as an each-way selection.