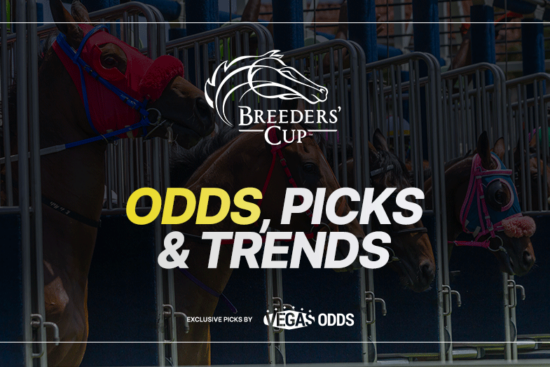 The Breeders’ Cup Mile always attracts a talented field of international runners, and that will be no different in 2022. There will be runners from the U.S., Great Britain, and Ireland all involved this year, making it an extremely interesting betting heat. However, you can find out more about the Breeders’ Cup Mile 2022 below.

There have been some shock results in the Mile throughout its history, and that makes the trends for the race essential reading for all bettors. Some of the key stats to be aware of before making a wager on the race this year can be found below.

It is extremely difficult to look past the clear claims that Modern Games boasts for the Mile this year. The talented three-year-old was the controversial winner of the G1 Breeders’ Cup Juvenile Turf last year, beating Tiz The Bomb by a length at Del Mar. His 2022 season has been a mixed bag to this point, with one of his best performances on British soil coming at Goodwood in July, as he chased Baaeed home over a mile in the G1 Sussex Stakes.

However, his clear advantage over North American turf was highlighted at Woodbine in late September, as he dominated the G1 Woodbine Mile to beat Ivar by over five lengths. He was narrowly beaten by Bayside Boy at Ascot in the G1 Queen Elizabeth II Stakes last time out, but he remains a rock-solid chance for leading connections at Keeneland.

On the figures, Kinross certainly looks the contender to beat coming into the Mile. This five-year-old will likely be the ride of Frankie Dettori at Keeneland, and he has impressed throughout the season. However, this could be his first start over a mile since finishing sixth of seven at Meydan in February 2021.

But, there is an expectancy that a mile at Keeneland could play to his strengths, and he certainly couldn’t be in any better form, having landed victories in his previous four. The most recent of those wins came at Ascot in the middle of October, landing the G1 British Champions Sprint Stakes by over two lengths. A question remains over whether a mile will suit, but his speed could make him very interesting at Keeneland.

If there is a horse that I like at the current prices, then it certainly comes in the form of Annapolis. This runner for Todd Pletcher showed an excellent turn of foot to land the G1 Coolmore Turf Mile Stakes over this course and distance on his previous start, as he finished over a length clear of Ivar.

That was his third victory in his previous four starts, with his only loss coming against the very talented Nations Pride in the G1 Saratoga Derby over a mile and a furlong. His talent over a mile has been evident, and that makes him so interesting in this race. His best recorded RPR came at Saratoga, as he landed the G3 Saranac Stakes by over five lengths from Celestial City. However, it remains a question whether the American-trained runners can compete with the Europeans on the turf.

The Mile has been prone to shock results in previous years, which means that it could be worth examining some of the other contenders. Chad Brown’s record on the turf in the U.S. is very eye-catching, and his two runners in the Mile both shouldn’t be overlooked. Domestic Spending appears to be progressing very well, and he was narrowly beaten by a neck over a slightly longer trip in the G1 Mr. D Stakes at Arlington. He returns to a mile at Keeneland, and that could make this five-year-old a solid contender.

However, the most interesting Brown runner is Regal Glory. The six-year-old isn’t getting younger, but she rolled back the years over a mile at Keeneland last time out, finishing just a length behind the talented In Italian. Her consistency needs to be appreciated, as she has finished in the top two in each of her previous eight starts.

I’m expecting the Charlie Appleby team to have a solid Breeders’ Cup this year, and Modern Games looks difficult to oppose if he brings the same level of performance that we saw at Woodbine. He is a class act, and a second Breeders’ Cup win looks likely. Annapolis is the second choice, while an each-way chance is taken on Regal Glory.