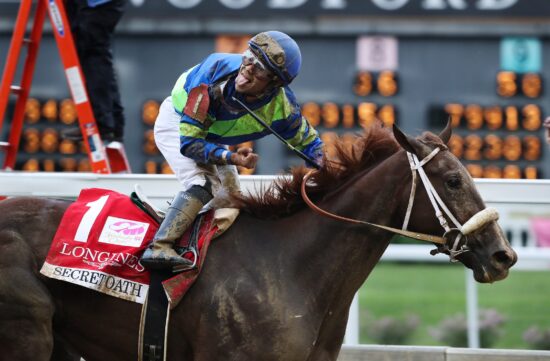 It is a quieter week in terms of Breeders’ Cup Challenge action in the United States this weekend, but that doesn’t mean that there isn’t any quality action. Two Grade 1s will be run in the U.S. this weekend, with Del Mar hosting the Del Mar Oaks, and Saratoga boasting the Alabama Stakes.

The latest odds for the Del Mar Oaks are taken from an offshore site, as the latest Vegas Odds aren’t yet available.

This is a race that I have been looking forward to for some time, as it is an extremely high-class renewal of the Del Mar Oaks. Spenderella returns to action in the U.S. for Graham Motion after impressing at Royal Ascot in June. She put up an excellent fight in the G1 Coronation Stakes, but Inspiral was just too good on the day.

That form looks exceptionally strong now after the filly’s win in a Group 1 in France. Spenderella sets the standard this weekend, and if at her best, she is hard to look past.

However, a chance could be taken on Phillip D’Amato’s Bellabel this weekend, who looks to be an improving type. She was a very fine winner over a mile at Del Mar in the G2 San Clemente Stakes last month, holding off Sixteen Arches and Island of Love, who are both prominent in the Del Mar Oaks betting. Further improvement is likely over this extended distance, and she is bred to stay the 1 1/8 miles.

At bigger prices, Tezzaray and Txope are two that could go very well this weekend. The latter was a very impressive winner of the G2 German 1000 Guineas in June, and looks tailor-made for this distance. Meanwhile, Tezzaray is a horse that I’ve followed closely this season, and she certainly had excuses for her no-show in the G2 San Clemente last time out.

The latest odds for the Alabama Stakes are taken from an offshore site, as the latest Vegas Odds aren’t yet available.

Whenever you get Nest and Secret Oath on track, it’s always box office. The two have already clashed in the Kentucky Oaks and Coaching Club American Oaks this season, and this appears to be the decider with both fillies locked on a win apiece.

The draw has slightly had a bearing on the market for the race, as Secret Oath will need to form a challenge from the widest draw, while Nest starts in stall four. Secret Oath is a horse that I really like, but she has so much to find on Nest based on the battle between the two in the Coaching Club American Oaks. Nest was a ready winner by over 12 lengths, and this further distance does look to play in her favor.

Nest was only getting stronger as the line was edging closer, and that could be the key factor. Interestingly, Gerrymander could be the leading threat this weekend, as she delivered a strong bid to win the G2 Mother Goose on her latest start.

That win over Juju’s Map reversed the form from the G1 Frizette last year, and shows how far the Chad Brown-trained runner has come in 2022. The speed figures also back that up, with Jerrymander’s highest rating being the 107 from last time out, while Secret Oath’s remains the 105 from the Kentucky Oaks. However, Nest looks to be the standout pick, as further improvement looks to be likely.