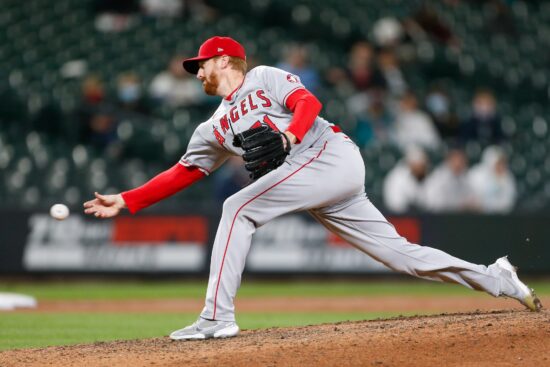 Sunday afternoon features the rubber match between A.L. West foes as the Los Angeles Angels (13-12) take on the Seattle Mariners (15-13). After the Mariners took the first game Friday, 7-4, the Angels bounced back on Saturday, winning 10-5.

In Saturday’s win, the Angels hit four home runs, including two from outfielder Jared Walsh, as well as one apiece from Mike Trout and Anthony Rendon. Griffin Canning picked up the win after giving up one run (zero earned) in 5.1 innings.

In the loss, Ljay Newsome was roughed up, giving eight runs in just over two innings of work. Mitch Haniger hit his seventh home run of the season, while J.P. Crawford was the only Mariner to have a multi-hit game with two.

For the Angels to have success this season, they are going to need to consistently outslug their opponents. Luckily, the offense has produced early on. They currently rank fifth in the majors in scoring, averaging 4.79 runs per game.

Unfortunately, it is the defense that has been questionable. They currently rank dead last in runs allowed per game at a whopping 5.58.

Luckily, they have one of their more consistent starters on the mound in righty Dylan Bundy (0-2, 4.20 ERA). Even though he hasn’t picked up his first win yet, he does have four quality starts early on in the season. In his last outing, he allowed just two runs to the Houston Astros while striking out six.

Offensively, it has been all Mike Trout thus far. The perennial MVP candidate is off to a stellar start hitting .429/.527/.805 with seven home runs and sixteen runs batted in.

On Sunday, the Mariners will try to avoid losing two straight series. In their last series, they dropped three of four to the Astros and are now 4-6 in their last ten games overall.

Offensively, Mitch Haniger has been the most productive player on the team thus far. He currently leads the team in home runs (seven) and is tied for the lead in runs batted in (20). Additionally, Haniger is hitting .274/.313/.557.

The only Mariners who have had success against Bundy in their careers are J.P. Crawford (.385 in 13 at bats) and Jose Marmolejos (two for five with a home run).

Angels vs Mariners Prediction and Pick

Justus Sheffield’s last start is a bad omen for Sunday’s game. He was rocked by the Astros, and history does not suggest that he will fare much better against the Angels. In two starts against Los Angeles in his career, he has allowed ten runs in just over seven innings.

Furthermore, Dylan Bundy may not be one of the most dominant aces in baseball, but he has proven that he is a quality starter that will give the Angels a chance to win almost every night.

With the Angels offense producing the way that it has, a solid start is all they need from Bundy. Expect Bundy to pick up his first win and the Angels to take the series.