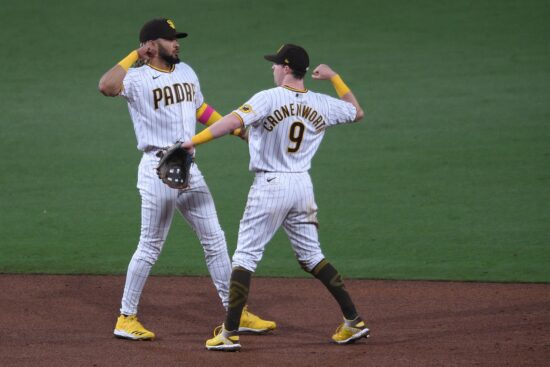 The San Diego Padres and San Francisco Giants will continue their weekend series on Saturday night at Petco Park. San Diego came away with a 3-2 victory in the series opener in a game that was dominated by pitching.

San Francisco comes into Saturday night with a 16-10 record, and they currently lead the NL West. The Giants were not expected to compete this season, but a great start could help.

San Diego is now 15-12 on the year after the win on Friday night. The Padres are currently in third place in the division but should contend for the title this season.

The San Francisco Giants have pitched to a team ERA of 2.95 this season, and that is the third-best mark in baseball. Anthony DeSclafani takes the mound for San Francisco on Saturday night, and he is 2-0 with a 1.50 ERA.

This remains a team that doesn’t have the ability to explode for a ton of funs, but there are a pair of veterans having bounce-back years. Buster Posey has already blasted six home runs, and Evan Longoria leads the team with 12 RBIs.

San Francisco wants to keep this to a low-scoring affair, similar to what took place in the series opener.

San Diego has not yet hit its stride at the plate, but that time is coming soon. The Padres are fifth in MLB in terms of on-base percentage but are actually below league average in runs scored.

Fernando Tatis Jr. leads the Padres with seven home runs, and he is capable of taking over a game at any time. Veteran Eric Hosmer is hitting .310 on the year and has also driven in 17 runs.

The Padres actually have the best team ERA in baseball, and Blake Snell makes the start for them on Saturday night. Snell has yet to win a game this season but has been solid with a 3.92 ERA.

The pitching matchup in this game suggests that it will be another low-scoring game, but that’s not always the case when the Padres take the field. This team is capable of putting up a big number, and that offense is going to determine the outcome on Saturday night.

It’s not going to be in blowout fashion, but San Diego will slug their way to another win as they hand DeSclafani his first loss of the season. San Diego comes away with its second straight win over San Francisco.