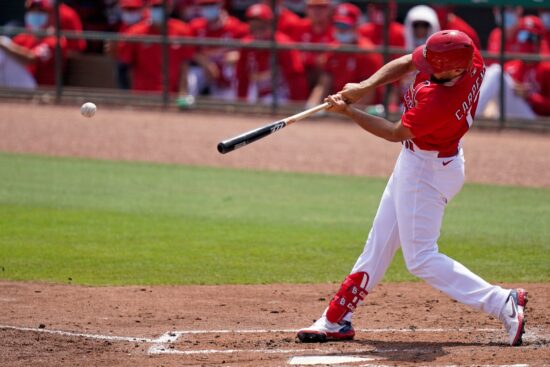 The Mets and Cardinals can be seen on ESPN+ as they start their series. New York has not announced a starting pitcher, while St. Louis will send veteran Adam Wainwright (0-3, 4.08 ERA) to the mound.

Mets Right the Ship Against Philadelphia

The Mets came into the series against the Phillies, having lost six of their last eight and watching the division lead vanish. The series win kept them in first place, and a bench-clearing incident may have been just the fire New York needed.

The offense has really needed something to get them going. The team has combined for an OPS of .686. The team has only hit 17 home runs through 22 games and has a slugging percentage of only .364. No one besides Pete Alonso has more than two home runs.

The Mets pitching staff has been carrying the load for New York. They have combined for an ERA of 3.11 and a WHIP of 1.07. They have struckout 227 batters in only 185 ⅓ innings.

New York hitters have really struggled against Wainwright in the past. They have combined for an OPS of only .448 in 61 plate appearances. Michael Conforto is 1 for 5 with a homer off of Wainwright.

Cardinals fans were worried when Yadier Molina went to the IL with the team already struggling. Since then, St. Louis has found themselves winning 8 of 10 and within one game of the Brewers for first place in the NL Central.

The Cardinals bats have come to life and pushed their team OPS to .698. Rookie Dylan Carlson has been the best regular with an OPS of .818. He has 7 doubles, 2 triples, and 3 home runs.

Wainwright will be looking for his first win of the season and to build off his complete game against the Phillies. Wainwright went 9 innings allowing only 6 hits and two runs, both on solo homers.

There has not been a line set since the Mets have not announced a starting pitcher. The Cardinals should open as small favorites in the game. If you can get St. Louis at -120 or better, take them. Paul Goldschmidt and Nolan Arenado seem to be getting hot at just the right time for the Cardinals.