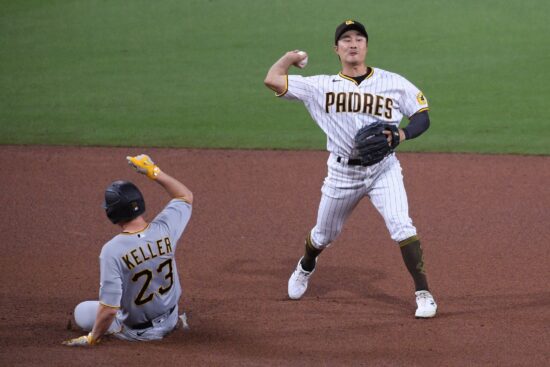 Pittsburgh and San Diego will play the rubber match of the three-game series after having split the first two games of the series. The Pirates won last night by a final score of 2-1. Mitch Keller had his best start of the season, going 5 ⅔ innings allowing only two hits and two walks while striking out five.

Wednesday night’s matchup will determine the series winner after two low-scoring affairs to start the season. It looks like it should be another low-scoring game with each team’s best starting pitcher taking the mound. JT Brubaker (2-2, 2.63 ERA) gets the ball for the Pirates and Yu Darvish (3-1, 2.13 ERA) for the Padres.

After briefly getting over .500 at 12-11, the Pirates immediately dropped five straight games to fall into last place in the NL Central. Pittsburgh ended the skid in last night’s victory.

Brubaker has been outstanding this season for the Pirates. He has thrown 27 ⅓ innings in five starts allowing 23 hits, 5 walks, and 8 earned runs. He has a WHIP of 1.02, has struck out 30, and given up 4 home runs.

Pittsburgh’s offense has been one of the worst in all of baseball. They have combined for an OPS of .655. Bryan Reynolds leads the team with an OPS of .833.

Pirates hitters have really struggled against Darvish. They have combined for an OPS only .340 in 70 plate appearances.

Padres Making Up Ground in the Division

Only a few weeks ago, San Diego was sitting way behind the Dodgers and the Giants in the division. After the Dodgers have lost 8 of their last 12 and better play by San Diego, the Padres are now tied with Los Angeles and only 1.5 games behind the Giants.

Darvish has been everything San Diego was hoping for when they traded for him from the Chicago Cubs. Darvish has thrown 38 innings in six starts allowing 23 hits, 11 walks, and 9 earned runs. He has a WHIP of 0.89 and has struck out 49 while giving up 4 home runs.

Since returning from the injured list, Fernando Tatis Jr. has been hitting the cover off the ball. He is only batting .225 but is hitting a homer every 10 at-bats.

Only Victor Caratani has faced Brubaker. When he was with the Cubs, Caratani was 3 for 6 against Brubaker with a home run.

Both of these starting pitchers have been excellent to start the season. Considering how little both offenses have done to start the series, I think the play tonight is under 6.5.

Pirates vs. Padres Free Pick: Under 6.5