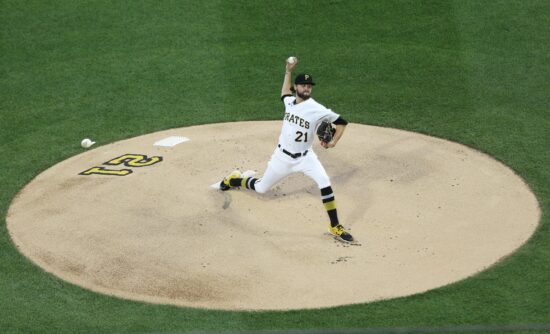 The Chicago White Sox head to Pittsburgh to begin a two-game series against the Pirates before heading home to face the Seattle Mariners. When this series comes to a close, it will bring an end to a long road stretch that has seen the White Sox already lose four of six games. In their previous series, the White Sox, first in the AL Central, was outmatched by the Houston Astros losing four straight games.

The Pirates, on the other hand, are coming off a 2-1 series win against the Cleveland Indians. Aside from that series, though, the Pirates have gone 2-8 over their last ten games. Clearly, the worse team between the two, the Pirates, have quite a task in front of them if they want to take down the White Sox.

The White Sox can end a four-game skid on Tuesday

At this point, priority number one for the White Sox should be getting a series win here against a struggling Pittsburgh team. They lost four straight games to the Astros on the road, and they need to end this road stretch on a high note. This short series against the Pittsburgh Pirates gives them an opportunity to do exactly that before returning home to face the Mariners.

Giolito is 5-5 in ten starts with an ERA of 3.86, with his most recent win being against the Tampa Bay Rays. Pitching has become somewhat of a problem for the White Sox, but Giolito should be more than capable of handling the Pirates. Pittsburgh is one of the league’s worst teams at the plate, and the White Sox can build some confidence if they perform well on the mound.

Unfortunately, Anderson has struggled over ten starts thus far, losing 7 of ten games with an ERA of 4.89. This spells trouble for the Pirates, who will have to find a way to slow down Chicago’s batters. The White Sox have the fifth-best team batting average at .250 and rank ninth in total runs.

There’s no hiding that the Chicago White Sox have struggled in recent games, but against a team like Pittsburgh, Chicago should bounce back. The Pirates have little to no advantages on the mound, and they’ll be facing some of the league’s best batters on Tuesday. Look for the White Sox to get an early lead and finish the game with a sizable win, Chicago White Sox -170.