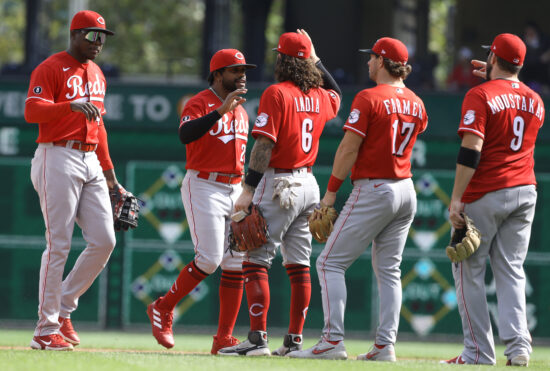 The Los Angeles Dodgers are closing the gap in the NL West, currently, down just one game heading into Friday night’s visit to the Cincinnati Reds. Don’t expect the Reds to roll over here though, as they’re in a fight of their own down one in the NL wild-card race. L.A is a -160 favorite as they ride a six-game win streak into this matchup.

Dodgers a Solid Play Behind Buehler

Walker Buehler (14-3, 2.32 ERA) tries to solidify his Cy Young resume in Friday’s start. The right-hander had actually looked human in giving up 6.0 ER over just 3 IP to the Giants on September 5th, but he bounced back with 7 innings of 2 ER ball last time out vs. the Padres. L.A has won in six of Buehler’s last eight starts.

The Dodgers took care of business going 6-0 in their recent home stand, but are they a risky play on the road after going 3-4 in their last 7 games away from Chavez Ravine? L.A did take two of three from the Reds earlier this season at home, but lost 6-5 in a Buehler start as he struck out 10, but also allowed 5 ER.

We will also see if the Dodgers offense can make the trip to the Great American Ballpark as they’ve scored 5+ runs in five straight games. Mookie Betts finally looks healthy with a .391 average over the past week (.464 OBP) while Justin Turner has a couple of HRs and a .368 average over his past five games.

Cincinnati is just 3-7 over their last 10 but have somehow managed to stay right in the thick of things in the NL wild-card race. The Reds are 1 game back of the Cardinals with the Padres still to jump, so every win is important right now. That means the 2nd best team in baseball coming to town isn’t ideal.

Maybe what the Reds need is a matchup with a quality team, because they’ve dropped the ball vs. non-playoff squads lately. That includes losing series’ to the Tigers, Cubs, and most recently the Pirates as well as dropping two of three to a team they are chasing in St. Louis. This just looks like a team you cannot trust right now, even though they are back home after completing a 3-6 road trip.

Luis Castillo (7-15, 4.24 ERA) gets the unenviable task of trying to shut down the Dodgers offense on Friday night. Castillo does have better home splits (3.43 ERA) than on the road (5.08), and makes his first start against L.A this season. Castillo is fairly reliable though, completing at least the 6th inning in six straight starts.

Cincinnati might fare a little better returning back home but are still just 5 games above .500 at Great American Ballpark this season. The Reds got to Buehler earlier this season, and the right-hander also struggled in his last road start. I think it’s worth a shot on the Reds.