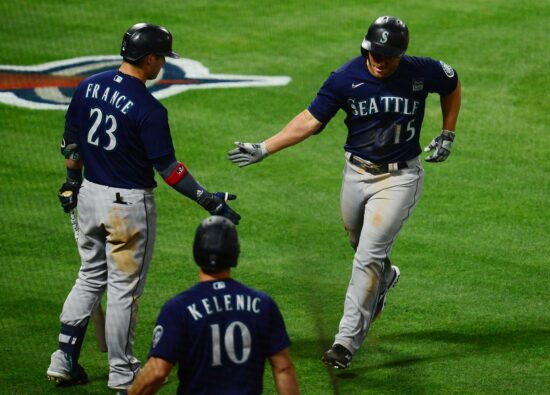 In the third game of a four-game series, the Seattle Mariners will take on the Los Angeles Angels. These two teams split the first two games of the series.

They will wrap the series up on Sunday with an afternoon game at Angel Stadium. These two teams come into the game third and fourth place in the American League West.

The Mariners are 29-30 and 5 games behind the Athletics, while the Angels are 26-31, and sit 7 games back. The Los Angeles Angels are -150 in this game on Saturday evening.

Cobb gets to toe the Rubber

Alex Cobb will make the start for the Los Angeles Angels. The 33-year-old from Vero Beach Florida is making his 8th start of the 2021 season. On the year, he is 3-2 with a 3.78 earned run average.

Cobb has struck out 43 batters in 33.1 innings and walked just 12. In his last start, Cobb went 7 scoreless innings, as they beat the Oakland Athletics.

The Angels are without their top offensive star in Mike Trout. Trout injured his right calf back in mid-May and is expected to be out until at least the All-Star Break. When he went down, he was hitting .333 on the season, with 8 home runs.

The Angels are also without Albert Pujols, as he was released from the team a couple of weeks ago. The leading offensive threat now is Shohei Ohtani. The 26-year-old from Japan leads the team with 15 home runs, and 35 runs batted in.

Kikuchi Gets Start for Seattle

Yusei Kikuchi will get the start for the Seattle Mariners. In 62.2 innings thrown this season, he struck out 61 batters and walked 20.
Kikuchi is from Japan, and throws left-handed, and has shown to have some nasty stuff. His last affair was on May 30th where he allowed just 2 earned runs in 6.2 innings. He has gone 6+ in his last 6 starts.

Mariners Offense Hanging by a Thread

Mitch Haniger and Kyle Seager have supplied the power for the Mariners. They have a combined 25 home runs and 29 doubles on the season. Haniger is hitting .262, which is tops on the team.

Who wins the Mariners vs Angels game tonight:

Look for the Angels offense to get things going, and Alex Cobb do enough on the mound to keep the light-hitting Mariners at bay. The Angels win this game on Saturday.