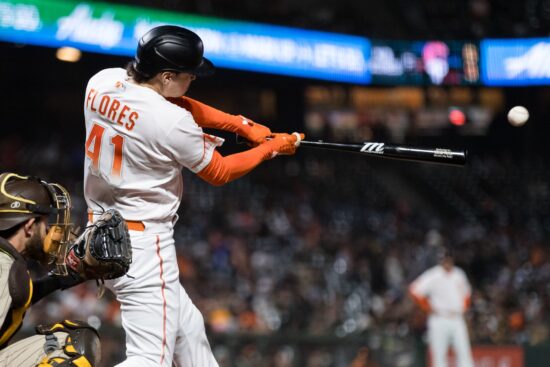 Earlier in the season, many may have expected the San Diego Padres to win the NL West while the San Francisco Giants tried to catch them. Instead, it has been the other way around, as the Giants have been the best team in baseball to this point in the season. With both teams going in opposite directions of late, the Padres will have to dig in against a surging Giants team to avoid missing the playoffs.

The San Diego Padres are out of the race for the NL West title, but they still have time to make the playoffs as a Wild Card. Unfortunately for San Diego, they are running out of time to pick up some wins, as the Padres have lost five straight. After dropping the first two games in this series to the Giants, San Diego will need to bring something special to avoid their season-endangering losing streak to six in a row.

Over the last two games against the Giants, the Padres have been beaten by a combined score of 15-2. Scoring just one run per game against a division rival with the season on the line is a problem for the Padres, who simply cannot afford to keep losing games at this point in time. But the Padres still have plenty of weapons in their lineup that could turn things around at a moment’s notice.

Throughout this season, there has been the expectation that the San Francisco Giants would come back down to Earth after a hot start. But that has not happened, as the Giants lead the league in wins and are second in run differential heading into their contest on Wednesday with the San Diego Padres. San Francisco has won nine straight games, including the last two contests against the Padres, further asserting their dominance in the National League.

The pitching staff of the Giants has been the difference-maker for the Giants throughout this season. Only the Los Angeles Dodgers have allowed fewer runs than San Francisco on the year. In order to be successful for a third straight game against the Padres, the Giants will need their pitching staff to avoid being touched up by the potent bats of San Diego.

The San Francisco Giants are red hot and should continue their run with a win over the Padres in this contest. The Giants have the edge in the pitching department here, especially with their bullpen, which will set them apart from a Padres team that has allowed roughly a half-run more per game this season than the NL West leaders.