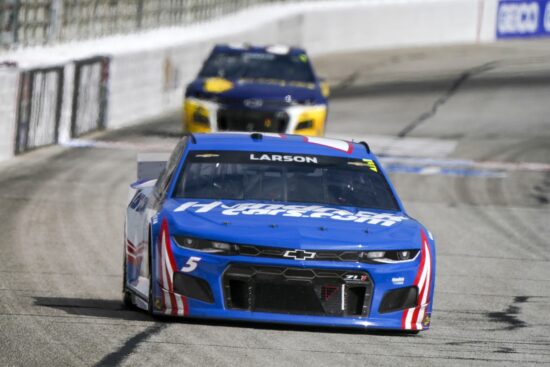 This weekend’s NASCAR Cup Series action sees the racing move to Tennessee. The Food City Dirt Race will take place, as Brad Keselowski looks to successfully defend the title that he won 12 months ago. But will he be able to achieve that feat?

There have been races taking place at the Bristol Motor Speedway track since 1961. However, it hasn’t been without its problems. The track requested that the race date should be moved back in 2008 after rain and snow caused havoc for drivers on the previous date that the race was scheduled for in early spring. That wish was finally granted back in 2015, as the race was pushed a month back. Weather problems have persisted throughout the recent installments of this race, with the races in 2017 and 2018 both taking place on Monday rather than the typical Sunday.

There have been multiple names for this event throughout its history. However, last year, it was decided that the race would be called the Supermarket Heroes 500. This was to honor the workers in supermarkets throughout the coronavirus pandemic. This year’s event will be the first time that it has taken place on a dirt surface. It was revealed by NASCAR that the race this year would include a total of 250 laps. There will be 75 laps in each of the first two stages before a final stage of 100 laps.

The fact that the race will be taking place on dirt means that there will be more interesting odds for this weekend’s race. The leading contenders that are typically at the top of the market are nowhere to be found for the Food City Dirt Race. Kyle Busch could be one of the leading names to have the best chance, as he had a solid outing on the dirt last weekend. However, it will be hard to look past drivers such as Kyle Larson and Christopher Bell. Both drivers are more familiar with the terrain.

Bubba Wallace is another driver that is worth considering, as he won on dirt at the Camping World Truck Series and does present excellent value for the race this weekend. Chase Elliott should also attract attention, as he had a couple of runs on dirt ahead of the start of the NASCAR Cup Series this season.

This will be one of the most difficult Cup Series races of the season to call. The dirt element of the track means that it could be a case of just picking the driver with the most proven experience. We wouldn’t look past Kyle Larson to build on his decent showing last time out at the Quiktrip 500.