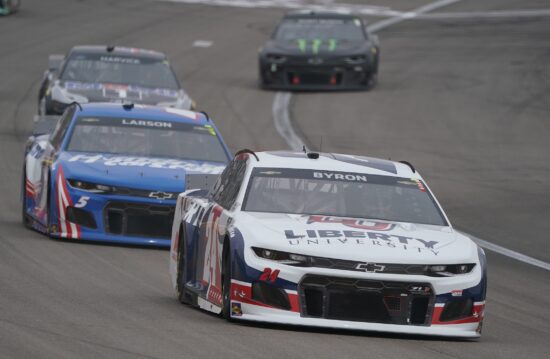 The NASCAR Cup Series continues this weekend as the action moves to Phoenix. It has been a difficult race to predict in recent seasons, with no driver having held a dominant record at the circuit. But which driver will come out on top in the Instacart 500 this weekend?

The Instacart 500 has been a popular race on the NASCAR Cup Series since being introduced in 2005. Like many of the other races on the NASCAR circuit, it has had many names in the past due to sponsorship reasons. It was first known as the Subway Fresh 500, before being renamed to Subway Fresh Fit 500 in 2007, and then The Profit On CNBC 500 in 2014. It has also been known as the CampingWorld.com 500, Good Sam 500, and TicketGuardian 500 in recent years.

One of the more unusual factors about this race is that it is only one of four events on the Cup Series circuit that is measured in kilometers rather than miles or laps. The race takes place over 502.115 km, which is 312 laps of the circuit. The first 75 laps make up the opening stage before there are 115 laps in stage two and 122 laps in the final stage. Chevrolet have an excellent record in this race, as they have been the winners on ten occasions. Meanwhile, Kevin Harvick is the most successful driver, as he has won on five occasions.

The leading driver in the Vegas Odds to win the Instacart 500 is currently Brad Keselowski. The driver is second on the leaderboard at present, as he picked up considerable points when finishing first in stage 1 at the Pennzoil 400 last time out. However, that is the closest that he has come to winning an event so far this season. That means that gamblers may be looking elsewhere for value in the betting this weekend.

Chase Elliott is fourth on the leaderboard and has been in decent form this season. He led for the most laps at the O’Reilly Auto Parts 253 but missed out on winning the race, as he was beaten by Christopher Bell. Denny Hamlin is the current leader in the NASCAR Cup Series and has achieved success in the Instacart 500 in the past, as he won the race in 2012. More recent winners in the race include Joey Logano, Kyle Busch, and Kevin Harvick, who could be decent selections for bettors.

This is a pretty challenging race to call. Hamlin could be a decent value pick as he is the current leader in the Cup Series and has won this race in the past. However, we like the look of another past winner and Kevin Harvick.