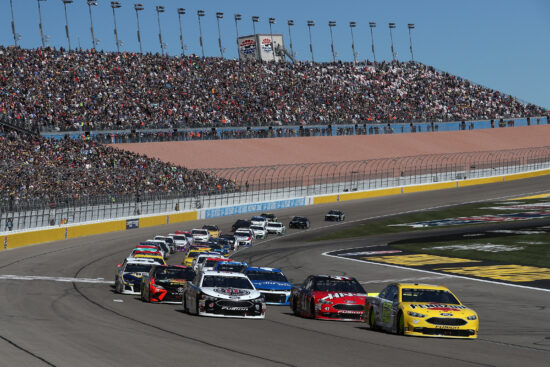 The fourth event of the NASCAR Cup Series takes place this weekend, as the drivers will take on the Las Vegas circuit in the Pennzoil 400. But which driver will be standing on top of the podium after the challenging race this weekend?

The Pennzoil 400 has been an important race on the NASCAR schedule since being introduced back in 1998. This race is competed on for over 400.5 miles, and the drivers will compete over a total of 267 laps. The first 160 laps take place over the opening two stages of the competition before the drivers then complete the final 107 laps in the final stage of the event. There are a number of factors that make this race completely different from anything else on the NASCAR circuit, with the standout difference being the fact that the winning driver is given a championship belt instead of a trophy.

The race has been known by a variety of different names throughout its history. It was formally known as the Las Vegas 400 for the first two years before it has been called the CarsDirect.com 400, UAS-DaimlerChrysler 400, UAW- Dodge 400, and Shelby 427. Before being renamed to what it is today, it was called the Kobalt 400 between 2014 and 2017.

It isn’t completely surprising to see that the Vegas Odds for NASCAR betting are dominated by drivers that have previously won this event. Kevin Harvick is the current favorite in the market, as he will be looking for a third success in the Pennzoil 400. He won the race in 2015 and 2018 for the Stewart-Haas Racing team. Harvick is currently in second place in the Drivers’ Championship after finishing fifth in the recent Dixie Vodka 400.

Joey Logano also has an outstanding chance for success in the race this weekend, as he has won the last two installments. However, no driver has achieved three consecutive wins in this race since Jimmie Johnson between 2005 and 2007. Martin Truex Jr and Brad Keselowski are also prominent in the betting, as they have also recorded victories in the Pennzoil 400 in the past six years.

Harvick has started the NASCAR Cup Series in excellent form, and a win this weekend would see him rise to the top of the standings. However, we like the look of Logano, as his record in this race is exceptional.