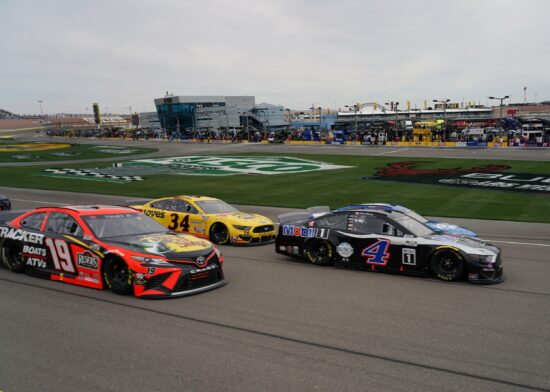 The sixth leg of the NASCAR Cup Series takes place this weekend as the action rolls into Phoenix for the Quiktrip 500. Kevin Harvick is the defending champion in the race, and the Vegas Odds certainly expect him to put up a solid fight to regain his honor.

The Quiktrip 500 had traditionally been the fifth leg of the NASCAR Cup Series, but this year it will be the sixth leg. The race hasn’t always taken part on the fifth week of the Cup Series, as it was first introduced as the second race of the season. It was moved to the final race of the season between 1987 and 2011, before then being moved forward to October between 2002 and 2008. Drivers involved in the race will complete a total of 325 laps, which covers a distance of 805.476 km. The first 210 laps take place over the first two stages, while the final 115 laps make up the final stage.

Before being known as the name it is today, it has previously been called the Orab-B USA 500, AdvoCare 500, and Emory Healthcare 500. Its first name during its first running was the Dixie 300, which took place in 1960. The most successful drivers in the history of the race are Richard Petty, Jimmie Johnson, Bobby Labonte, and Dale Earnhardt, who have all won the race on four occasions. Hendrick Motorsports are the most successful team, as they have won on nine occasions, while Chevrolet are the most dominant manufacturer, as they have won the race on 23 occasions in the past.

Leading Contenders For The Quiktrip 500

Kevin Harvick will be a leading contender to win the Quiktrip 500 once again this weekend, as he has won on two of the previous three occasions, including last year. Harvick has enjoyed a steady start to the Cup Series season, as he sits in seventh place after the first five races of the season. He is yet to win a race, but he did finish fourth in the Dayton 500 and fifth in the Dixie Vodka 500. Brad Keselowski also has a decent record in this race, as he has won twice in the past four installments. Keselowski is right in the mix at the top of the Drivers’ Championship coming into this race, as he sits second.

This race looks set to be a battle between the two former winners. It will be hard to separate Keselowski and Harvick, but we give the preference to the latter.