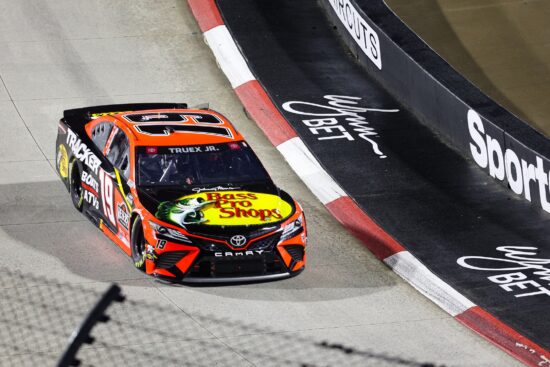 The ninth leg of the NASCAR Cup Series take place this weekend, as the Richmond Raceway hosts the Toyota Owners 400. Martin Truex Jr comes into the race as the defending champion, and he is the hot favorite to successfully defend his title.

The Toyota Owners 400 is competed over 400 laps of the circuit at Richmond Raceway. This race has taken place at various stages of the season, with the race initially taking place in February on Sunday afternoons. However, lights were installed at the track in 1991. The introduction of lights, as well as a number of races being called off due to snow, led to it being moved to later in the spring in 1989. It continued to swap dates regularly up until 1999, when it was placed in a date in May. That changed once again in 2012 as the race was moved to the end of April.

Leading Contenders For The Toyota Owners 400

Martin Truex Jr is the leading contender for the Toyota Owners 400 this season, as he is the defending champion. He is currently second on the leaderboard after winning the Blue-Emu Maximum Pain Relief 500 last weekend. Denny Hamlin is the current leader in the Drivers’ Championship, but he is still searching for a first winning drive this season.

Kyle Busch has an excellent record in this race, and shouldn’t be discounted. However, he hasn’t won a race this season yet, and the best that he has managed was third in the Pennzoil 400. Chevrolet have an outstanding record in the Toyota Owners 400, as they have won the race on 21 occasions in the past. That means that Austin Dillon, Kyle Larson, and Chase Elliott shouldn’t be discounted.

It promises to be an enthralling weekend of action. However, we expect a big drive from Truex Jr, as he wins this race for the second consecutive time.