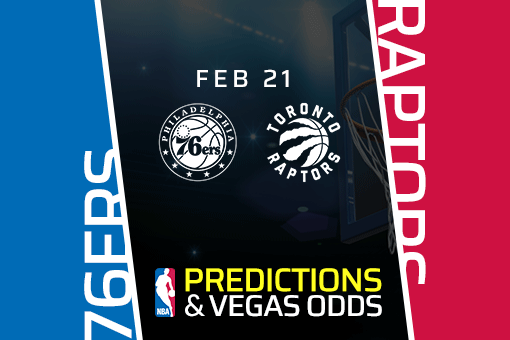 There will be a thrilling battle at the top of the Eastern Conference on Sunday evening, as the Toronto Raptors will be looking to continue their strong form when they play host to the conference-leading Philadelphia 76ers.

The Toronto Raptors started the NBA season slowly, but they are certainly looking like one of the teams that look good value for a playoff spot in the Eastern Conference at this stage of the season. Toronto have picked up their form over their last ten, as they have claimed seven wins and have been beaten on just three occasions. That form means that they now have a win percentage of .483, and could move further up the league standings after this weekend if they pick up wins against the Minnesota Timberwolves and Sixers.

Confidence will be high in the Raptors camp coming into the weekend, as they have picked up two huge back-to-back wins against the Milwaukee Bucks over the past five days. The first of those wins was all about their ability to spread the points across the court, with all five starters finishing with more than ten points. However, their second win on Thursday night was an excellent defensive effort by the Raptors, as they never allowed the Bucks to hit their stride. Toronto claimed the second win after a score of 100-96, with Normal Powell scoring the most points in the win. The forward scored 29, while there were also 27 points from Pascal Siakam.

The Philadelphia 76ers are still the team to catch in the Eastern Conference, as they have the best win percentage. The Sixers have lost the fewest games in the East so far this season, but their advantage has narrowed over recent games as the Brooklyn Nets are rivaling for their spot at the top of the conference. Philadelphia have struggled on their travels this season, as they have a lost record away from their home court. They have lost eight of the 15 games that they have played on the road, which includes a recent defeat in Utah.

That is completely different from their home form. At the Well Fargo Center, they have lost just two of the 14 games that they have played. The Sixers did end a run of three straight defeats in their game on Thursday evening, as they managed to outlast the Houston Rockets to claim a 118-113 win. The Sixers started excellently in that game, as they scored 38 points in the first quarter, before adding another 31 in the second. Joel Embiid scored a double-double in the win, which included 31 points and eleven rebounds. Tobias Harris and Seth Curry added 24 and 25, respectively.

The Sixers have really struggled on their travels this season, which means that the preference is for the hosts to claim another big win over a playoff contender.