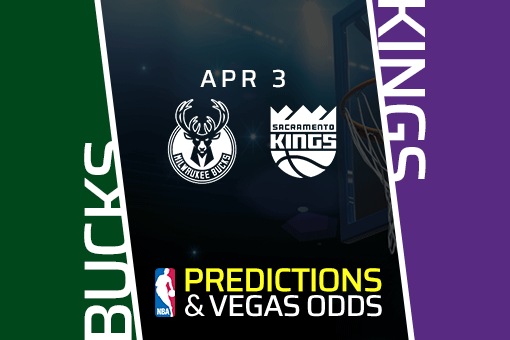 The Milwaukee Bucks and Sacramento Kings meet each other on Saturday night with both teams being on the back to back. Milwaukee had a very impressive 127-109 in Portland on Friday night as just -3 point favorites. The Kings on the other hand got destroyed against the Lakers, 115-94 at home as -5 point favorites. (Milwaukee is a -6.5)

The Bucks win in Portland on Friday wasn’t necessarily unexpected, but it did snap a 4-game winning streak by the Trail Blazers. Giannis Antetokounmpo exploded with 47 points against a suspect Portland defense, shooting a sparkling 18-21 from the floor.

Antetokounmpo seems to be back from a knee injury that held him out of a loss to the Knicks and contributed to him scoring just 16 and 13 the two games prior. The MVP candidate had 32 in a loss to the Clippers, 25 in a win over the Lakers, and Friday’s season best 47. That’s not great news for the Kings, who just gave up a season high 30 points to the Lakers’ Kyle Kuzma at the SF position.

The Kings defense had been playing a little better, but seems to be going back to form in allowing 115+ points in four of their last five. The Bucks have way more than just Antetokounmpo that can score, as Jrue Holiday had 22 points and 10 assists vs. Portland while Kris Middleton had 20 and 8.

Kings In a Mini Slump

It’s not time to ring the panic alarm just yet for Kings fans, as the team recently posted a five game win streak. The last two results haven’t been promising though, a 106-120 loss to the Spurs and the 19 point defeat to the Lakers on Friday night.

Unfortunately for Sacramento, their weakness the last two games is guarding the forward position – a spot occupied by Antetokounmpo. Aside from Kuzma’s 30 point game, DeMar DeRozan also had 26 for the Spurs on Wednesday. The Kings rank 26th in the league vs. the SF position and 27th defensively against the power forward.

One of the positives about being down as much as 27 points at one time vs. the Lakers is that it did allow Sacramento to rest their starters a bit. De’Aaron Fox played just 28 minutes, Tyrese Haliburton 29, and Richaun Holmes 24. Harrison Barnes was the only Kings player to log 30+. Will that alone be an edge on Saturday night?

Bucks vs Kings Prediction and Pick

Is there a chance Antetokounmpo sits on the short turnaround as he did two Saturdays ago? It was the Bucks first back-to-back since mid February, but with Antetokounmpo suffering a knee injury recently and the playoffs a month away it wouldn’t be a surprise to see him sit. That potential alone makes it worth it to take the Kings plus the points.