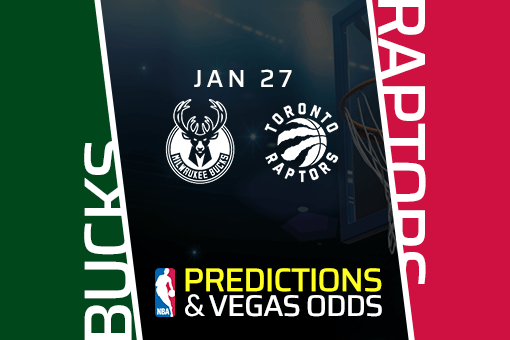 Two teams that have typically finished in the top two places in the Eastern Conference do battle in Tampa Bay on Wednesday night, but will the Milwaukee Bucks be able to get a second win on the bounce?

As expected, the Milwaukee Bucks are within touching distance of the top seed in the Eastern Conference this season. However, they will need to win two more games than the Philadelphia 76ers to overtake their rivals in the East. Giannis’ decision to extend his stay in Milwaukee has increased expectation this season, as the Bucks are expected to end their long wait to win the NBA Championship. Their last title came in 1971, while they have only won a conference championship on one further occasion.

The Bucks and the Boston Celtics have the joint-best record in the East over the last ten games, as they have both won seven times. The Bucks winning sequence was ended recently with defeats against the Brooklyn Nets and LA Lakers. However, they bounced back into form with a Sunday night win against the Atlanta Hawks. Giannis scored 27 points and 14 rebounds in that success. The Hawks had everything to do in the second half of that game, as the Bucks scored 32 and 34 points in the opening two quarters to lead 66-47 at the break. Bobby Portis scored 21, while Jrue Holiday had 15 and Khris Middleton had 19 points in the big win. However, the Bucks will have a tougher game ahead of them against a revived Raptors.

Raptors Back On Track

It has taken a while for the Toronto Raptors to get going this season, but they look now to finally be back on the right track. Nick Nurse has been forced to make tactical changes to his team to get the best out of the players at his disposal, and that has reaped immediate rewards. Toronto have won six of their last ten, and five of their last seven in the East. There are doubts whether the Raptors will be able to compete in the playoffs this season, but this has typically been a franchise that have performed best when their backs are against the wall.

Raptors won back-to-back games against the Miami Heat and Indiana Pacers recently, with OG Anunoby scoring a season-high 30 points in the latter of those games. The Pacers gained revenge for that defeat on Sunday night with a victory on the second of their head-to-head games on Monday night. The Raptors fell to a 129-114 defeat in that recent game. Fred VanVleet scored 25 in the defeat, while Normal Powell had 24 and Kyle Lowry had 12.

Toronto’s performances have definitely improved recently, but they will be coming up against one of the best sides in the East on Wednesday. The Bucks should get the win.