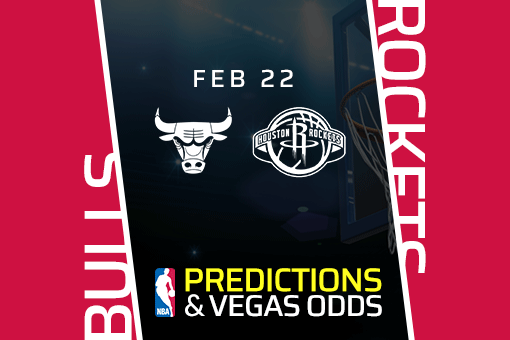 Chicago is in the play-in zone but would like to avoid that and head straight to the postseason. That is a hard task for the young Bulls, but they’ve shown solid potential, so we need to keep an eye on them.

Meanwhile, things haven’t been very well for the Houston Rockets these days. Since the season started, they are constantly suffering blows, and right now, Stephen Silas’ team is on an 8-game losing streak and judging by the way they play, the playoffs are not reachable at the moment.

Nice Chance for the Bulls

The Bulls meet the Rockets and, after that, host the Minnesota Timberwolves. T-Wolves fired their head coach tonight, meaning that the franchise from Illinois has a perfect opportunity to win two in a row and get closer to the .500 record. After defeating Pacers, Pistons, and the Kings, wins in these two are a must.

Zach LaVine scored 30 points just once in the past seven events, and the Bulls’ highlight reel machine is currently the sixth scorer in the league with 28.9 points per game. Not only that, he is posting career-high numbers in almost all shooting categories, such as FG, 3-pt FG, and FT percentage.

Coby White is slowly improving, starting to look like himself from the previous year. Against the Kings, the sophomore point guard scored 19 points, hitting five threes in eight attempts.

Wall the Only Man Standing

John Wall is the only constant player in Houston at the moment. To be precise, he is the only one who plays regularly. Victor Oladipo is out for some time, as well as Christian Wood. Meanwhile, PJ Tucker and Eric Gordon were also sidelined for a while but are now back in action. Just to mention that the Rockets changed their starting lineup at least 15 times this season, that pretty much says everything about their problems.

Wall scores 20.4 points per game with 6.3 dimes, shooting 44.1% from the field but just 74.4% from the free-throw line. He doesn’t have any help, which is why both he and the Rockets aren’t achieving the full potential.

The news that additionally makes the atmosphere bad in Houston is DeMarcus Cousins’ departure. The big fella and the franchise will terminate their relationship in the next few days.

Bulls vs Rockets Head to Head

The two sides met on January 18, with the Bulls winning at home, 125-120. LaVine dropped 33 for the hosts, and Oladipo one point fewer for the visiting team.

The Bulls are our favorites here, even though the bookies see this one differently. Per same, the guests from Chicago are slight underdogs, but we simply can’t go with the pale Rockets right now.