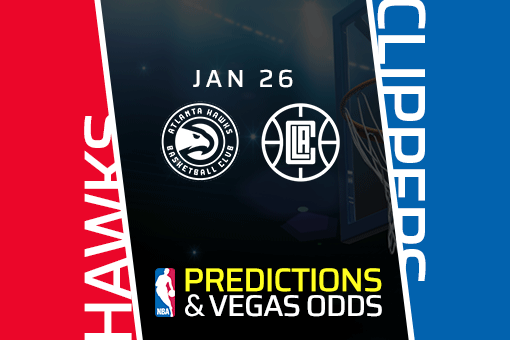 The Los Angeles Clippers will be looking for win number eight on the bounce on Tuesday night, as they make the trip to Atlanta to take on the Hawks. But, will they be able to get the win to maintain their place at the top of the standings in the Western Conference?

It has been an excellent start to the season in the Western Conference for the Los Angeles Clippers. There is a sense that it is now or never for the Clippers this season, as they were disappointingly beaten in the playoffs last season by the Denver Nuggets. The Conference Finals would have been the minimum aim for them last term, and that target will remain unchanged this campaign. They look a much stronger unit this term, and come into this game against the Hawks having won their last seven. Los Angeles were thrilling in their last game, as they beat the Oklahoma City Thunder 108-100.

All of the hard work for the Clippers was done in the first three periods, but they were forced to sweat a little in the final period, as they were outscored 27-23. Kawhi Leonard continued to show why he is one of the best players in the NBA in that game, as he scored 34 points, nine rebounds and eight assists. Serge Ibaka had 17, while Paul George and Reggie Jackson had 11 and 14 respectively. Clippers scored on 30.4% of their efforts from beyond the arc, and scored on 12 of their 16 free throws.

Hawks Look To Get Back To Winning Ways

The Atlanta Hawks have gone under the radar so far this season, but they are looking like a side that could be in the hunt for a playoff spot this term. They have won eight times, and lost on eight occasions this season. Home for has been impressive for the Hawks, as they have won four of their seven games played at State Farm Arena.

However, they will be hoping to return to winning ways against the Clippers, as they were recently beaten by the Milwaukee Bucks. Despite being beaten, it was a strong effort by the Hawks as they went down to a 129-115 defeat. Meanwhile, the Hawks were pushed on their way in that game by De’Andre Hunter and John Collins, who scored 33 and 30 points. Only one other player managed more than ten points in the defeat for the Hawks, and that was Danilo Gallinari, who scored 17.

The Clippers have been a side that many fans have been impressed by this season, and they are looking every inch like a side that could realistically win the NBA title this season. They should get an eighth win on the bounce against the Hawks on Tuesday.