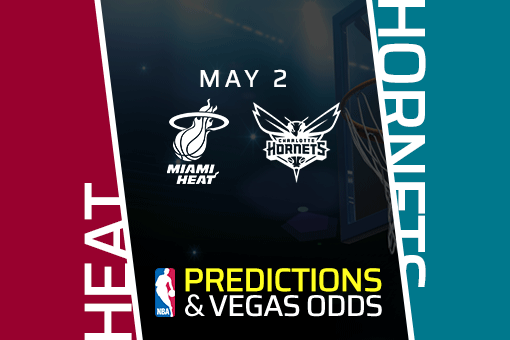 The Charlotte Hornets and Miami Heat both enter Sunday’s action in the play-in positions in the Eastern Conference. With the Heat entering the day in seventh place in the East and the Hornets behind them in eighth place, this could be a preview of a play-in tournament matchup to determine who makes it into the postseason proper.

After some games where the Miami Heat had their toughness questioned by Jimmy Butler, Miami is starting to put things together at the right time late in the season. The Heat have won six of their last ten games, including two straight wins to move them into a tie with the Boston Celtics for sixth place in the Eastern Conference.

The momentum started to shift for the Heat when they beat the Brooklyn Nets at home two weeks ago. The Heat got a buzzer-beater from Bam Adebayo to win that matchup and have won six of their last eight games, including that dramatic victory. If they can get a win over the Hornets, the Heat would unquestionably be one of the hottest teams in the NBA right now.

Against the Hornets, Miami will need to play well on defense to stop LaMelo Ball from distributing the ball to his teammates in the paint. Ball’s return comes at a bad time for the Heat, who will have to account for his size and speed combination that has made him a contender for Rookie of the Year even after he missed time due to injury.

The Charlotte Hornets had been struggling offensively prior to the return of LaMelo Ball, regularly failing to score 100 points without their top option at point guard. But with Ball back, the Hornets had an easy time against the Detroit Pistons en route to a 13-point victory. With Ball back, the ball distribution for the Hornets gets a lot better and should help them score more efficiently.

While LaMelo Ball is going to astound with the ball, he is still working his way back into game action after a prolonged injury absence. Expect the Heat to take advantage of that and pick up an important win to move one step closer to moving out of the play-in tournament.