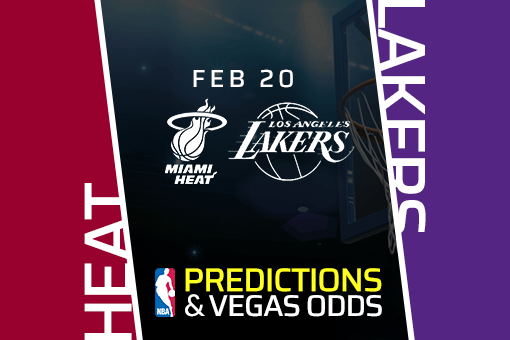 We all can’t wait to see the replay of the last year’s NBA Finals between the Miami Heat and the Los Angeles Lakers. The two sides are coming into this event in a different mood, with the purple and gold sitting near the top of the league, while the Heat desperately tries to reach the playoff zone.

Playing in series and being inconsistent won’t lead the Eastern Conference champions anywhere. They are far away from the playoff spot with 12 wins and 17 losses, and what is more important, the Heat looks limited this season, unlike the team that reached the finals.

The last match, against the Sacramento Kings, saw them winning at Golden One Center, 118-110, and that was the first victory following three losses, all of them on tour through the West.

Tyler Hero was the guy who took matters in his hands in that one, with the second-year shooting guard dropping 27 in Kings’ lousy defense. The one guy who was also in the middle (as usual) was Jimmy Butler, posting his third consecutive triple-double, 13 buckets, and assists with 10 boards.

Since AD aggravated his Achilles, the Lakers aren’t looking well. All those talks that he has a bigger influence on the game than LeBron are now receiving more and more credit. The LAL lost to Denver in the match when he picked up an injury, then defeated Minnesota on the road, before losing at home to Brooklyn Nets, 109-98.

LeBron had 32 points in that game, but was pretty much alone in scoring efforts, with just another two players having a double-digit number of points for the LAL – Kuzma 16 and Harrell 10.

What opens as a problem without AD is that the Lakers are now losing their diversity in the offense, with Davis covering both frontcourt positions. His absence also opens up a possibility for double-teaming James more than usual.

Heat vs Lakers Head to Head

The two sides clashed in the finals last season, and the LAL won the same in six games. The Lakers won both matches during the regular part of the campaign.

Believe it or not, we favor the Heat in this event, with them being in a much better position when it comes to injured players. Even though Miami has Goran Dragic out, as well as Avery Bradley, that can’t be compared to Davis’s absence. On top of everything, Dennis Schroder will probably skip this match as well, which is a significant blow for the hosts. The guests are underdogs, +3.5 points, and we assume that them defending the spread is pretty realistic.