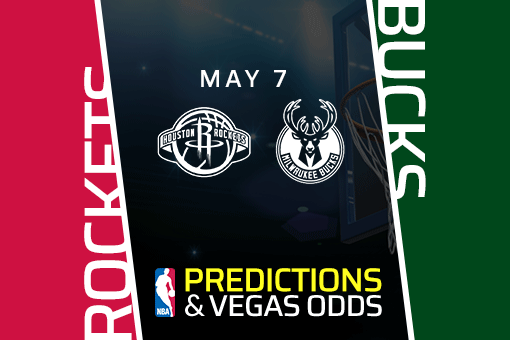 The Houston Rockets and Milwaukee Bucks are on completely opposite ends of the NBA standings this season. And the betting line for this game certainly reflects that perceived mismatch. But games are not played on paper, and the Bucks will still have to bring their best effort in order to avoid an upset.

The Houston Rockets have lost three straight games and do not appear to be improving this season despite the return of Christian Wood. Injuries and resting players have destroyed the Rockets’ ability to compete this year, and their current injury report is the worst it has ever been. Over a dozen players are potentially out of action for the Rockets against the Bucks, including Wood, John Wall, and several other key pieces.

Even when those players were healthy, things were a struggle for the Rockets. But without their top players being at 100%, and with a date against an extremely motivated Bucks team, things could get ugly for Houston here. To avoid being blown out, the Rockets will have to play together regardless of who is on the floor, something they have done admirably this season despite the gruesome results on the scoreboard.

Bucks Looking For the Second Seed

The Milwaukee Bucks picked up some important wins this week, getting two victories at home over the Brooklyn Nets. Those wins have moved the Bucks back in contention for the second seed in the Eastern Conference. That is significant, as it could mean home-court advantage in the second round rather than having to travel to the home court of the second-seeded team.

For the Bucks, Giannis Antetokounmpo has been playing some of his best basketball, reminiscent of his back-to-back MVP campaigns. Giannis scored 49 against the Brooklyn Nets on Sunday, propelling Milwaukee to victory and setting the tone for their win in the rematch on Tuesday. Against the Rockets, the level of competition will be lower, but Giannis will be looking to remain sharp.

Who will win tonight’s NBA game?

For the Milwaukee Bucks, focus will be the most important factor in this game, as it can be easy to let up against a team that is so inferior in the NBA. However, the Bucks have a lot to play for right now and will be looking to continue to build momentum for the postseason, where they aim to have home court through at least the first two rounds. Expect a bloodletting here, as the Bucks will roll the Rockets.