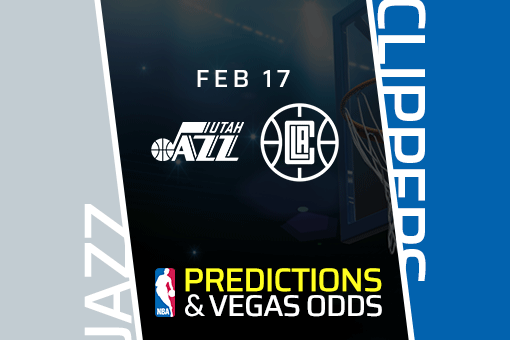 The LA Clippers will have a perfect chance to cut the gap between them and the Utah Jazz as they host the league leaders in back-to-back games. Both sides are in solid shape, with Utah’s winning stretch being a bit better than the Clippers, but still, as said, both are looking good.

For the Jazz, this will be a first road trip following several games at home, while on the other side, for the Clippers, this is the second of six consecutive games at home. Though what is the problem for the hosts are injuries, with Paul George not playing for sure, and Kawhi Leonard probably skipping the event.

The Jazz has eight straight wins, but five of those came at home, and so far this year, they haven’t been tested on the road too much. Apart from playing with the Milwaukee Bucks, Denver Nuggets, and the Brooklyn Nets, this team didn’t face title candidates away from home. In these three games, they have one win and two losses, do have that on your mind.

Jordan Clarkson dropped 40 in that one, rolling over the shorthanded Philly who appeared without Embiid. The No.1 candidate for the 6th Man of the Year Award was unstoppable, and he once again showed what the power of Jazz’s attack is.

Paul George won’t play for sure, while Kawhi’s probabilities to appear tonight are very, very low. This is 50 points fewer for the Clippers right from the start, as these two guys average 24.4 and 26.7 points per game, respectively. And not just that, but they play ferocious defense.

They wouldn’t appear against the Heat also, but the LAC won anyway, mostly due to Marcus Morris’s excellent performance. The veteran forward scored 32 points, hitting six threes in eight attempts. Ivica Zubac was outstanding off the bench with 22 points, 9-for-11, while Lou Williams dropped 18 with 10 assists.

The Clips’ bench had 47 points coming from three players who scored. That is pretty much the biggest reason for their victory.

Jazz vs Clippers Head to Head

There was one match between these teams this year, and the Jazz won it, 106-100. It took place in Salt Lake City on Jan 1st; Mike Conley had 33 for the hosts, Paul George 25 for the visiting side.

The Jazz are ruthless, and they won’t miss a chance to beat one of their biggest rivals who are shorthanded. This win might be very valuable at the end of the year due to tiebreakers, and we strongly believe that Utah’s win here shouldn’t be questioned. For them, this is an ideal opportunity to start the road trip with a victory.