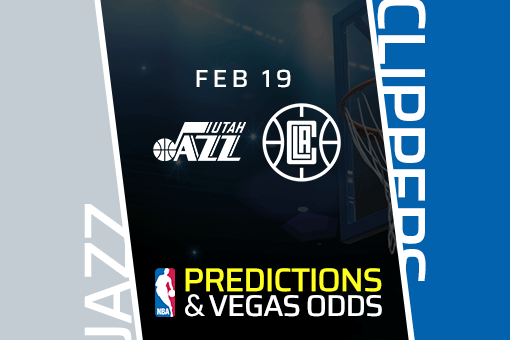 Utah Jazz demonstrated their power in Wednesday’s game between these two sides, once they routinely defeated the hosts, 114-96. Though, it needs to be said that LAC appeared without two of their best players, Paul George and Kawhi Leonard, which would be a major setback for any team in the league.

At least one of these two guys is expected to play tonight as both stand as questionable right now. Meanwhile, all Utah’s players are lock and loaded, chasing the 10th win in a row.

Utah’s center had 23 points and 20 boards in Wednesday’s match against the Clippers, shooting 8-for-12 from the field, and having 5 offensive rebounds. He would also make seven of eight free throws.

So far this season, the French international scores 14.2 points per match and 13.4 boards, as well as 2.7 blocks, while shooting 64% from the field. His contribution on the floor is indispensable for the Jazzers, and even though many believe that he only provides the difference in defense, his impact is much wider.

His pick and roll, as well as cut-ins, are providing a few assists for the rest of the Jazz’s players, delivering several points for the team. So overall, Gobert is not just a defender but a big piece of Utah’s offense.

One of those issues is George’s and Kawhi’s health. To be honest, we are a bit tired of seeing them sitting out. Load management, sore knee, hurt thigh, etc, each week, we see some other reason for one of these two guys to sit out. Meanwhile, at the age of 37, LeBron plays more than them, and isn’t complaining about anything. Or Chris Paul.

So you want to win championships but need to rest constantly. This isn’t a goo sign, to tell you right away. These two guys combine 50 points per game for the Clippers, and, normally, the team loses once they have to sit out.

The best scorer in the first match against the Jazz was Lou Williams with 16 buckets, but he can’t perform at the same level as in the last season, because Sweet Lou doesn’t have his partner off the bench, Montrezl Harrell, who left for the Lakers. It is obvious that he struggles without Trez – 12.4 points, with just 3.9 assists.

Jazz won on both occasions against the Clippers this year. The first time in Salt Lake City, 106-100, and the second time on Wednesday, 114-96.

Even with one of two Clippers’ point guards, Utah is a massive favorite, and we expect them to win this event without any problems. Simply, at this point, Quin Snyder’s side is much better.