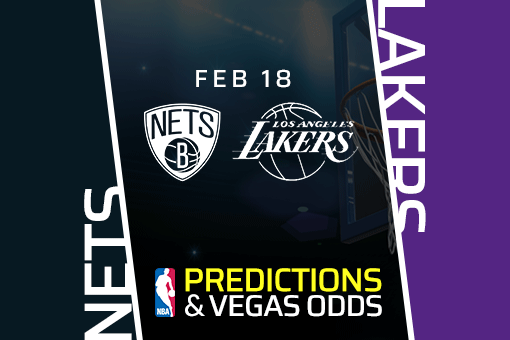 These two sides are arguably the biggest title contenders. However, right now, both the Nets and the Lakers have massive problems with injuries, and are coming into Thursday’s matchup heavily handicapped.

The Lakers won’t have Anthony Davis, who is, per many, the vital player of this team. On the other hand, the Nets come to the City of Angels with Kyrie Irving, and Kevin Durant sidelined. But even with all these minuses, we are still expecting to see a very interesting and appealing match.

Harden Against the Lakers Vol. 3

James Harden already faced the LAL twice this year, while playing for the Rockets. The purple and gold were victorious in both of those contests, routinely dismantling Harden’s team.

The Beard was below average in these events, scoring 20 points in one and 16 in the other meeting, shooting 12-of-30 from the field, with just nine free throws in total. But do know that at that point, Harden wasn’t motivated at all, and that he wanted out of Texas at all cost.

Right now, he looks great, and 38 buckets against the Suns are clear proof for such a claim. In the clutch moments during the finish, Harden took the responsibility, scoring points and leading a big rally that took down the hosts.

The No.1 MVP candidate this year stepped up recently, shifting into a higher gear. Even though the Lakers aren’t anywhere near the “showtime,” they are second in the West and the entire league, having 9 wins in the previous 10 games.

LeBron was the best scorer in six of the past seven events, while in the last two, he had a team-high in rebounds and assists. He really took over after AD’s injury. He had 30 points, 13 assists and 7 boards vs. Timberwolves on Tuesday.

The Lakers have six in the next seven matches scheduled at Staples, and they need to utilize that in the best possible way. The key to that is LeBron, and his superb performances, because the rest of the LAL crew is pretty much helpless without their King. With all due respect.

Nets vs Lakers Head to Head

This is definitely going to sound a bit odd, but we are with the Nets in this event. They defeated the Suns last night, and apparently have a more versatile offense than the Lakers, who revolve around James. Even though many of you believe that the situation is the same on the opposite side, with Harden doing everything, things aren’t like that. The Beard can establish the game under the rim with DeAndre Jordan, while on the other side, the Lakers without AD aren’t capable of doing the same, and more importantly, they can’t defend it.