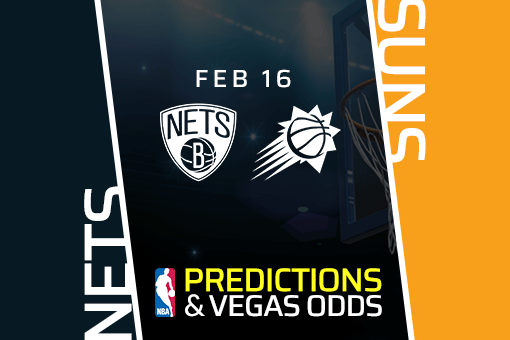 There could be a thrilling contest in the NBA on Tuesday night, as two of the most in-form sides in the NBA clash. The Brooklyn Nets look like a team on a mission, and are tracking down the leaders in the Eastern Conference, while the Phoenix Suns have won their last six.

There is no denying that the Phoenix Suns are one of the sides in the best form at present in the NBA, and they are looking like a great shout to finish the season in a Western Conference playoff spot. The Suns come into this game against the Nets having won their last six games, and only the Utah Jazz can match their record of nine wins and one defeat in their last ten games. That means that they have been in better form than the Los Angeles Lakers and Los Angeles Clippers in their last ten games. The Suns have an excellent win percentage at present, as they are fourth with .654.

Another win on Wednesday could see them close the gap between themselves and the Clippers in third. It has been the Suns defense that has caught the imagination, as they have limited opposing sides to under 100 points in three of their six most recent wins. That quality was on show against the Orlando Magic on Sunday night, as they won 109-90. Phoenix spread the points around well in that win, with five players scoring ten or more points. They were led by Devin Brooker, who scored 27, while Mikal Bridges finished with 21 points.

It won’t be the first time that injury problems have hindered the Nets, as the 32-year-old recently played a bit-part for the Nets in their defeat against the Toronto Raptors. However, no chances will be taken on the former NBA champion, as their chances of success this season will likely hinge on whether Durant is fit when it comes to the playoffs. Kyrie Irving scored 23 points in that Sunday win against the Warriors, while James Harden had 19 points and 16 assists, and Bruce Brown Jr scored 18.

This should be an entertaining game on Tuesday night, as neither side will want to lose their winning run. However, we give the pick to the Suns as they have been excellent over their last ten, and the Nets will be hindered by the absence of Durant.