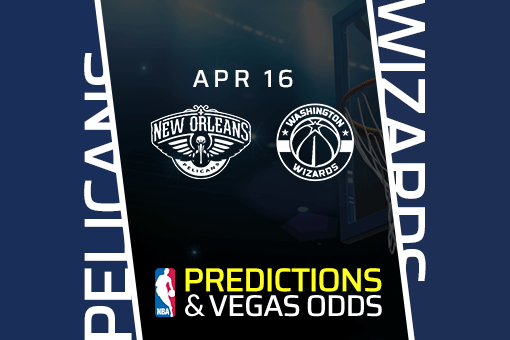 Russell Westbrook achieved his 24th triple-double of the season on Wednesday night and could make it number 25 on Friday. The Pelicans have one of the worst defenses in the league, giving up an average of 115.1 points per game. Westbrook and the dynamic offense of the Washington Wizards will look to exploit this early, preventing any type of comeback attempt.

New Orleans is coming off a tough loss to the New York Knicks and would like to put a strike in the win column on Friday. However, being down Lonzo Ball and Josh Hart has put a damper on their defense. The chances for the Pelicans to inch their way into the playoffs is diminishing, and they’ll need a big win here to boost morale on this road stretch.

With both teams being sub .500, this becomes a tough game to bet on. Bettors usually like to see consistency, and with these two teams, each game is different from the last. Between the two, though, which team is the most likely to cover?

Pelicans face a tough test in slowing down Westbrook & the Wizards

The New Orleans Pelicans are down a few key defensive players that would help them face the offensive firepower of the Wizards. With Russell Westbrook securing 24 triple-doubles already this season, it will be difficult for the Pelicans to contend with that output. Over the course of the season, high-powered offenses have gotten the best of the Pelicans. They face another one of these offenses in the Wizards, who average the twelfth-most points in the league.

Against the spread, the Pelicans have gone 3-6 in their last nine games. Overall their subpar record of 25-30 ATS gives bettors little confidence. A trend to note when betting is that the Pelicans are 3-8 ATS in their last eleven games against Washington.

The Washington Wizards look to continue their streak against the Pelicans

The Wizards have been red-hot lately and can continue their win streak against the Pelicans on Friday. Russell Westbrook has done well to keep his team competitive this year, but even with his efforts, his stats haven’t translated to wins. The good news is over their last five games, they’ve gone 4-1, with their only loss being to the Phoenix Suns.

The Washington Wizards have one of the league’s best offenses, and with the Pelicans missing some key defensive players, Westbrook & Co. could run away with this one. The spread isn’t large enough on this one to worry about the Wizards covering. Washington is also the more trustworthy team against the spread recently.