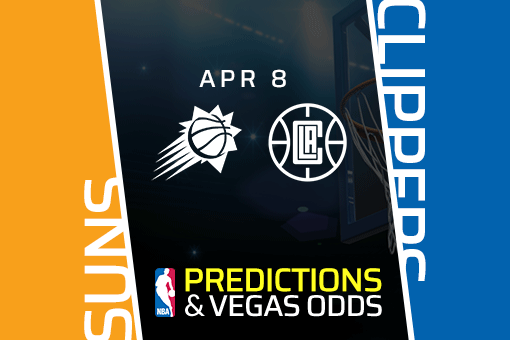 A battle of two of the NBA’s Western Conference’s best teams is on tap for Thursday night when the Phoenix Suns visit the LA Clippers. Phoenix has won seven in a row, including an overtime victory over Utah on Wednesday night.

The Clippers come in having won two in a row, including a rout of the Portland Trail Blazers on Tuesday night. Los Angeles won the first meeting between these two teams in January in Phoenix.

The Suns are really playing great basketball over the last couple of weeks, led by guard Devin Booker, who is averaging 37 points per game over his last four outings. Booker’s backcourt mate, Chris Paul, is also playing great, notching double-doubles in points and assists in three of his last four games, just missing the feat by one assist in Wednesday’s win over Utah.

The win over the Jazz pulled the Suns within 1.5 games of the top spot in the Western Conference standings. It’s been quite a jump for Phoenix, which hasn’t made the playoffs since 2010.

Despite the high-scoring prowess of their guards, the Suns have been doing it on the defensive end, holding opponents to 107.8 points per game, which ranks fifth in the NBA. Coach Monty Williams has Phoenix playing as a team and surging to the postseason.

With Serge Ibaka sidelined with a back injury, the Clippers took a chance on former All-Star center DeMarcus Cousins, and he looks like he could help Los Angeles. In his debut with the team on Tuesday, Cousins had seven points, four rebounds and two assists in seven minutes of playing time, his first action since Feb. 17 with Houston.

Of course, the big two for the Clippers are Kawhi Leonard and Paul George, who are hoping to make up for the team’s flameout in the playoffs a season ago, blowing a 3-1 series lead against Denver in the Western Conference semis. Leonard leads the team with 25.8 points per game, while George is averaging 22.5 points and a team-best 5.4 assists per contest.

Los Angeles is currently third in the Western Conference standings, three games behind Phoenix and 4.5 behind Utah, but they’re also just 1.5 games ahead of the fifth-place Lakers. Dropping to fifth would mean not having the home-court advantage in the first round of the postseason.

The Suns are hot, but they just went to overtime against a tough Utah team on Wednesday night. The Clippers are going to be primed and ready to try to take down the team above them in the Pacific Division standings.

Look for Booker to have a harder time getting his points against the defense of George, with Leonard also lurking to help out as well. That will be the difference in a Clippers win.