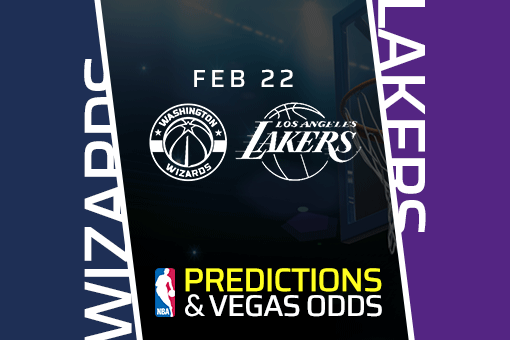 The Los Angeles Lakers will be looking to get back on track in the Western Conference on Monday evening as they welcome the Washington Wizards to the Staples Center.

Not many people could have foreseen this kind of form from the Washington Wizards over recent games, as they will come into this game against the Lakers after winning their last four. Unfortunately for them, this run of form has come at a point of the season that looks unlikely to increase their chances of a playoff finish in the Eastern Conference. They are still far below the win percentage of .500, which is largely the mark that playoff sides aim for in the NBA. Washington was excellent in their last outing in the NBA against the Portland Trail Blazers, as they ran out 118-111 winners.

The Trail Blazers took control of that game in the opening quarter, but the Wizards showed their dominance in each of the next three. They finished strongly in that game by outscoring the Trail Blazers 29-19 in the final quarter. Bradley Beal scored 37 points in the win, while Russell Westbrook scored a triple-double, as he finished with 27 points, 13 assists, and 11 rebounds.

Lakers Aiming To Bounce Back

The defending NBA champions will have work to do if they are to finish the regular season as the top seed in the Western Conference. They have been unable to keep pace with the frightening pace that has been set by the Utah Jazz over recent weeks, as they have won just six of their last ten, while the Jazz have won nine from their possible ten fixtures. It was another difficult weekend for the defending champions, as they lost both games that they played. They started the weekend with a blowout defeat against the Brooklyn Nets before the Miami Heat gained a level of revenge for their finals defeat last season with a 96-94 victory on Saturday night.

LeBron James was kept to just 19 points, nine assists, and nine rebounds in that defeat. Kyle Kuzma led the Lakers with 23 points, but Frank Vogel will be hoping for a response from his side on Monday evening. However, players are remaining tight-lipped on their targets for the remainder of the season, as Kuzma admitted that not finishing top of the pile in the West wouldn’t be the end of the world for their playoff chances.

The Wizards have been in excellent form over their last four, but this will be a much bigger challenge against the defending champions. The Lakers should have the quality to bounce back to winning ways at the Staples Center.