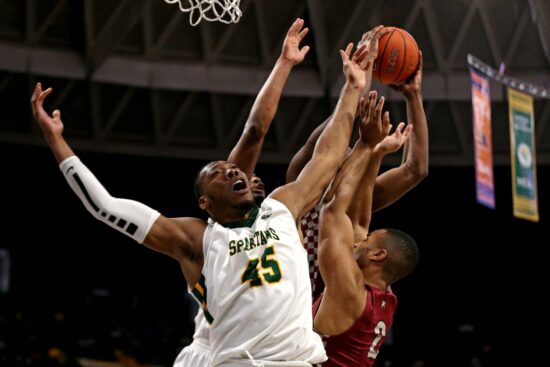 The Appalachian State Mountaineers (17-11) battle the Norfolk State Spartans (16-7) in the First Four round of the NCAA Men’s Basketball Championship. The winner of Thursday night’s contest advances to take on the West Region’s top-seed, the Gonzaga Bulldogs.

Appalachian State is in the tournament for the first time in 21 years after winning the Sun Belt Conference tournament. Norfolk State is back in the Big Dance after a nine-year hiatus, winning the Mid-Eastern Athletic Conference Tournament championship game to punch their ticket.

The Mountaineers dropped five of their last six games to close out their regular-season slate and enter the conference tournament as the four-seed in the east division. Appalachian State rallied, rolling through the tournament bracket with four victories, including a pair of back-to-back overtime victories in the quarter and semifinals.

Appalachian State loves to chuck it from the three-point line, and that has been their offensive mindset all season. The Mountaineers live and die by the deep ball. In their last 15 contests, the Mountaineers are 7-0 when they make double-digit threes and 1-7 when they don’t. Appalachian State ranks 22nd in the nation in 3-point field goal attempts but connects on only 32.4% of them.

Senior Devante Carter (15.5 ppg) and junior Joe Bryant Jr. (11.6 ppg) account for 36% of the Spartans’ 75.2 points per game average. The two upperclassmen have been the leading scorer in nine of their last ten games. In addition to his scoring, Carter leads Norfolk in rebounding and assists per game while Bryant paces the Spartans in steals. Bryant has turned into a significant offensive threat as of late, combining to score 47 points in the last two games.

The old saying goes, “defense wins championships.” Norfolk surrenders under 70 points per game (69.2) and holds teams to 40.3% shooting from the field. That percentage ranks 29th in the nation. Over the last four games, the Spartans have been even better, holding teams to a 56.8 scoring average.

Who will win the Appalachian State vs Norfolk State game:

A cold night from the arc would be detrimental to Appalachian State’s chances of moving on to Friday. Norfolk State will need to protect the arc and limit the looks the Mountaineers get from deep. The Spartans have a higher ranking in both the NCAA NET and KenPom, and they are in the upper half of Division I in defending from deep. Bet on Norfolk State to cover and win on Thursday night.