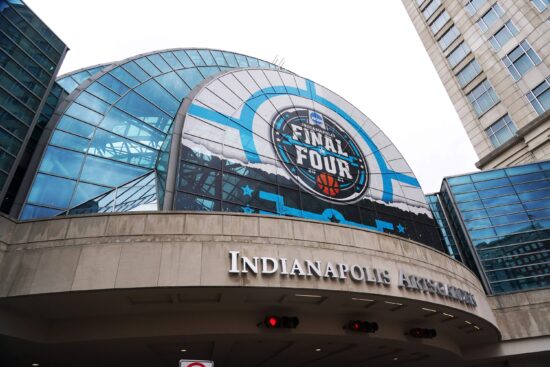 The matchup we all wanted in college basketball has finally arrived. The Baylor Bears and Gonzaga Bulldogs will play in the March Madness national championship game, with each team looking for their first national championship. With such high stakes, the program that avoids falling victim to the nerves of the moment could be the one that lifts the trophy.

The Baylor Bears may have played their best game of the entire season when they defeated the Houston Cougars in the Final Four. Baylor left no doubt from the early going that they would be making the title game, taking an early lead, and never looking back in their 78-59 win over the Cougars.

That Final Four game was decided by halftime, as Baylor took a 25-point lead into the break. To Baylor’s credit, they did not allow Houston to get back into the game, maintaining their focus for the duration en route to an easy double-digit win. Against Gonzaga, a win that easy is unlikely, and that focus could come in handy on the ultimate stage.

If Baylor is going to beat Gonzaga, it is going to have to start with interior defense. Drew Timme has a clear advantage over the bigs of Baylor. If the Bears can even slow him down, it would allow their incredible guards a chance to throw haymakers with Gonzaga’s talented guards on level ground.

Despite being 14-point favorites against UCLA in the Final Four, Gonzaga needed overtime to advance to the national title game. In a tie game during overtime, Jalen Suggs hit a shot from just inside of halfcourt to give the Bulldogs the win at the buzzer in what will go down as a historic shot in NCAA Tournament history.

Offensively, Gonzaga played an immaculate game of basketball against UCLA. They scored in the 80s after regulation against a Bruins team that held the last one seed they had played to under 50 points. But the defense of the Bulldogs will be the question for Mark Few’s team, as they will need to play better against Baylor’s guards than they did against those of UCLA.

Who will win the Baylor vs Gonzaga game:

While we will all be winners for getting to see this matchup on such a grand stage, the winners of the national championship will be the Gonzaga Bulldogs. Their ability to score from the inside and outside is a luxury that Baylor does not possess. And with Gonzaga showing against UCLA that they will not fold under pressure, they should take this game and finish their perfect season.