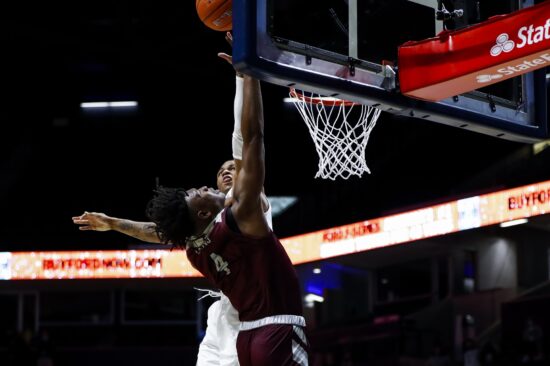 Matchups from the Ohio Valley Conference aren’t televised too often. However, Eastern Kentucky vs Belmont will be broadcast by ESPNU, which shows that the channel is confident this is going to be an exciting game. We too believe so. After all, this is a duel between the two best teams in the conference.

These two are the two best teams in the Ohio Valley Conference. The Bruins have been terrific this season, with 20 wins and only one defeat. The loss in question happened in early December when this team lost to Samford. It was a shocking defeat, considering that the pre-match moneyline odds on Samford were as long as +1250.

The Eastern Kentucky Colonels haven’t been that impressive, but their record this season is more than respectable. With 15 wins and four losses, they’re the second-best team in the conference. What’s got to worry them is that two of those losses happened this month.

The Bruins Have More Wins Than Any Other NCAAB Team

Of all the teams competing in Division I of the NCAAB in 2020-21, the team with the most wins is Belmont. The next best is 18 wins, which have two teams, Drake and Gonzaga.

The reason why this is the case is obvious – the Bruins have played more games than most other teams in the nation.

Still, this doesn’t mean Belmont hasn’t been impressive. On the contrary, winning 20 out of 21 games is a big achievement. Add to that the fact that the Bruins are in a series of 17 straight wins and you’ll understand why they received a decent number of votes in the latest AP Poll.

The Belmont Bears haven’t been this near to getting ranked this season. On February 8, when the latest AP Top 25 Poll was released, this team received 25 votes.

A week earlier, they received 11 points. In the Poll released on January 18, they had only five points, while a week before was the first time they were voted. That’s when the Bruins received only one point.

If they continue playing well, they have every right to hope to get into the Top 25. By “playing well” we mean that they need to win the Eastern Kentucky vs Belmont game.

Who will win the Eastern Kentucky vs Belmont game:

Belmont should. The Bruins are a far better team, not to mention that they’re in top form at the moment. On top of that, they got a big incentive to do well in this game – the AP 25 Poll.

What this means is that simply winning the Eastern Kentucky vs Belmont game wouldn’t be enough for the Bruins. They want to win big, which means they should cover the point spread.