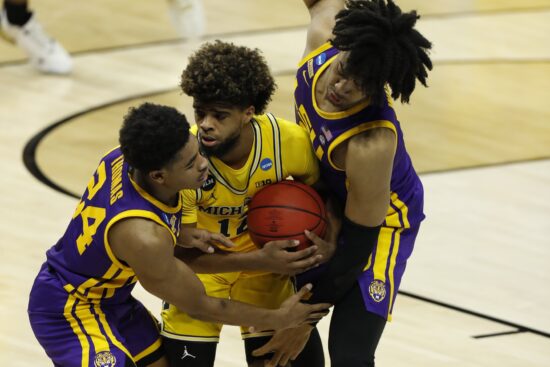 There are just 16 teams remaining in March Madness, and eight games are on the schedule for this weekend. The best game of the weekend will likely take place in the East Region in a matchup featuring teams from the ACC and Big Ten Conference.

The Michigan Wolverines are the top seed in the East, but they have been tested so far in the tournament. Florida State is the number four seed in the Region, and they have looked sharp through the first two rounds.

The winner of this game will advance to the Elite 8 where either Alabama or UCLA awaits.

Florida State is shooting 39 percent from the three-point line this season, and the Seminoles have the ability to light it up. The problem is that they also have the ability to go cold, and that could be a major issue against the Michigan Wolverines.

The Seminoles will look to wear down Michigan and take control of this game in the second half.

Michigan Wants to Score Inside

Michigan is scoring nearly 77 points per game this season, and a lot of that damage has come from the interior. The Wolverines got hot from deep in the Second Round win over LSU, but they have the size to give opponents trouble.

Freshman center Hunter Dickinson is averaging 14.2 points and 7.5 rebounds this game to lead the Wolverines. Michigan is a team that plays extremely physically, and Franz Wagner provides this team with plenty of toughness.

The Wolverines were forced to play an uptempo game against the LSU Tigers, but they will look to slow things down on Sunday against the Seminoles.

Who will win the Florida State vs Michigan game:

Florida State has the advantage in-depth in this matchup, but the Michigan Wolverines have a big edge in overall talent. The Seminoles are going to have to shoot the ball extremely well to pull off this upset, and they have been cold of late.

Michigan has the ability to score points in a hurry, and that offense will eventually take control of this game. Florida State will keep things tight for the Wolverines, but the top-seed will advance to the Elite 8.