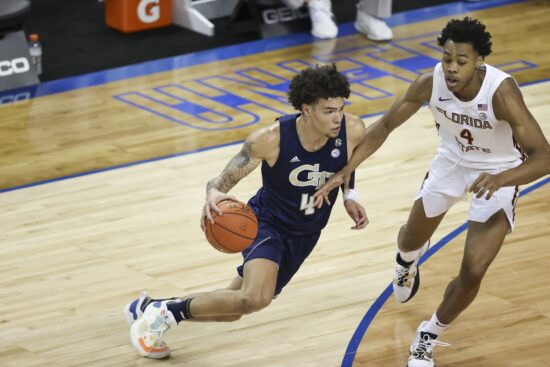 Loyola returns to the Big Dance after a cinderella Final Four run in 2018. The Ramblers are making their seventh trip to the NCAA Tournament. Winners of the Missouri Valley Conference, the Ramblers beat all three teams they played in the conference tournament by double digits.

The Ramblers’ scoring defense is best in the country, holding opponents to 55.5 points per game this season. Eight times this season, Loyola has held an opposing team to 49 points or less. Even in their one loss in their final 18 games, the Ramblers held Drake to 51 points in a one-point overtime defeat.

The senior center is back in the NCAA Tournament after helping the Ramblers advance to the Final Four as a freshman. Kurtwig, the MVC Player of the Year, scored 20 points, grabbed eight rebounds, and dished four assists in the conference title game. According to KemPom, Kurtwig is the fourth-best player in the nation.

Georgia Tech is in the nation’s upper echelon in field goal percentage, shooting a sizzling 47.4% as a team. The Yellow Jackets feature four starters that average in double figures and two that hit 50% or better from the floor. GT ranked first in the ACC and eighth in the country in turnover margin, committing a league-low 11.1 turnovers per game.

The run to the ACC title was spearheaded by the conference’s Most Valuable Player, Moses Wright. Wright, a senior forward, is averaging 17.4 points and 8.0 rebounds per game this season. In the upset victory over Florida State in the ACC title match, Wright contributed 15 points and grabbed eight rebounds for the Yellow Jackets.

Who will win the Georgia Tech vs. Loyola Chicago game:

These teams shoot the ball well, limit turnovers, and spread the scoring, so expect this one to be close to the very end. Loyola has all the pieces in place to make another deep run, but the glaring mark is the strength of the Valley and Loyola’s strength of schedule. In their lone Power 5 game this season, the Wisconsin Badgers whooped the Ramblers, 77-63. Illinois fans want a potential Illinois vs. Loyola matchup in the second round, but they won’t get that lucky.