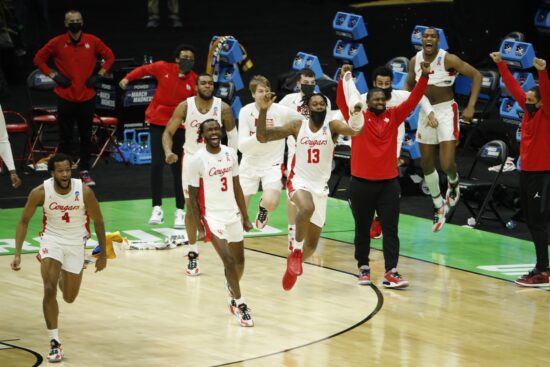 Two Texas schools will play in the Final Four to decide half of the national championship game participants. Houston and Baylor came into the tournament as two of the top teams in college basketball and have proven that their rankings were justified thus far. But only one of these elite programs will face the winner of UCLA and Gonzaga for the national title.

The Houston Cougars football program is known for its fast-paced offense. But their basketball team has been all about their defense so far in the NCAA Tournament. The Cougars have held opponents under 65 points in every game so far in this tournament, including a dominant performance in which they limited Syracuse to 46 points.

Offensively, the Cougars have done just enough offensively to continue to advance. Quentin Grimes and DeJon Jarreau have been a nice one-two punch for Kelvin Sampson’s team. Both will need to be on their games to help topple a Baylor team that is expected to move on to face Gonzaga in the championship game.

If there is one major concern for Houston, it is the quality of competition they have faced. Houston has faced zero teams with a single-digit seed in this year’s tournament. Given that they are about to face a top-five team in the country, they will need to avoid being shell-shocked by a superior opponent for the first time in a long time.

Baylor Just Getting It Done

When you think back to some of the best performances in this year’s NCAA Tournament, the Baylor Bears aren’t the team that immediately comes to mind. But the Bears have put in a strong showing during this tournament, almost flying under the radar en route to four convincing victories.

Baylor has defeated each opponent they have faced in this tournament by nine points or more, including a double-digit win over Villanova in the Sweet 16 and a nine-point win over Arkansas to get to the Final Four. Two more wins would put Baylor on top of the mountain in college basketball.

For the Bears, the play of their guards will decide this game. Jared Butler, MaCio Teague, and Davion Mitchell all average double figures from the guard positions for the Bears. Against a stout Houston defense, those guards will need to find openings that are not as plentiful as they have been against lesser opponents.

Who will win the Houston vs Baylor game:

There is no denying that this will be the toughest game either of these teams has faced in this tournament. And while Baylor should have the firepower to pull the game out in the end, Houston’s defense should be enough to keep the game within a possession. Baylor will win, but Houston should cover the five-point spread.