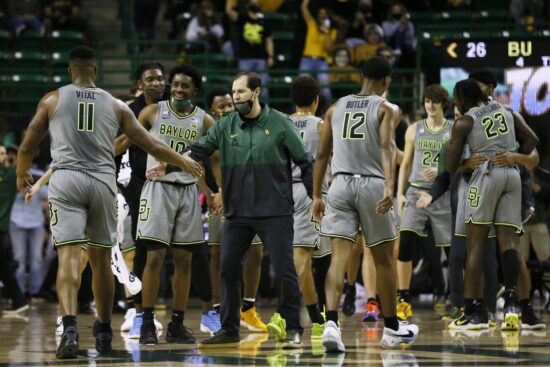 The Bears have been nothing short of brilliant this season. With 14 wins and no defeats, Baylor is one of the main candidates for the title, with NCAAB odds being around +550. In comparison, the odds on Baylor’s next opponent to become the college basketball champion are longer than +15,000. Knowing this, you can guess who is favored to win the Kansas State vs Baylor game on Wednesday.

Last Saturday, both Kansas State and Baylor played games against their rivals from the Big 12 Conference. The Wildcats played against the West Virginia Mountaineers, while the Bears went toe to toe with the Oklahoma State Cowboys.

Once again, Baylor is the favorite, Kansas State is the underdog. Everyone seems to agree that the Bears are going to win, but can they win another game by double digits? They did it against 12 teams already this season.

Baylor Looking for Another Dominant Win

It’s not surprising that Baylor is ranked #2 in the NCAA basketball. This team is still without a loss this season, with 14 straight wins. They’re the best scoring offense in the league, with most three-pointers scored of all the teams in the Big 12.

This season, the Bears have been merciless against their opponents, winning 13 games by 10 points or more. In fact, the only two games in which they didn’t win by 10+ points are those against ranked teams, namely, Texas Tech and Kansas. In both of those games, Baylor won by 8 points.

When it comes to the games they won by double digits in the 2020-21 season, one of those was the Kansas State vs Baylor game. Played on December 19, 2020, the game saw the Bears demolishing the Wildcats 100-69.

The Wildcats have lost their previous six games, five of which saw them losing by double digits. This includes the game they played last Saturday, when West Virginia beat them 69-47.

They’ve been equally bad in the offense and defense. Kansas State is the worst team in the Big 12 Conference when points per game are concerned, with 62.4 points on average. They’re also the worst team defense-wise, with 74.8 points conceded per game.

Who will win tonight between Kansas State vs Baylor

Kansas State vs Baylor is a game in which the best team from the Big 12 is playing against the worst team in the conference. Anything but a dominant win for the Bears would be a big surprise. That said, it’s reasonable to expect Baylor to cover the spread without any problems.