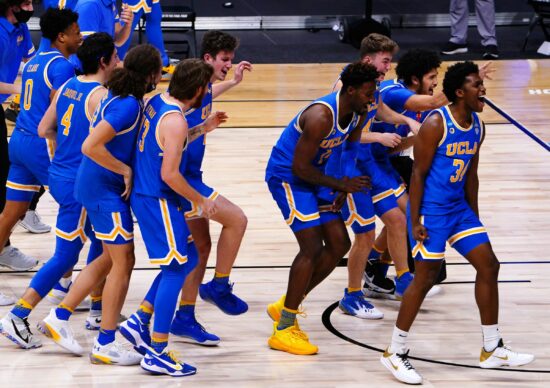 UCLA and Michigan each had to take different paths to get to the Elite Eight. While the Wolverines took care of business as the top seed in the East Region, UCLA had to grind out a trip all the way from the First Four. In this contest, UCLA and Michigan will play for a trip to the Final Four, with the chance to enhance the legacy of their storied programs.

UCLA has utilized its defense to become the first team in the 2021 NCAA Tournament to win four games. After their overtime victory over Michigan State in the First Four, UCLA has locked down BYU, Abilene Christian, and Alabama to reach this stage of the tournament.

Mick Cronin’s team was fortunate to get past Alabama after giving up a game-tying three-point shot at the end of regulation. But they scored 23 points in the extra period to make up for the questionable decision not to foul with a three-point lead as time was running out in the second half.

In the Sweet 16, UCLA held Alabama to 25% shooting from three-point range to hold on for an overtime victory. Alabama, one of the best three-point shooting teams in the country this season, struggled to hit shots against the defense of the Bruins. Against a Michigan team that has shot the ball well from the perimeter this tournament, another strong defensive performance will be required from UCLA.

Michigan put together its first signature win of this NCAA Tournament in the Sweet 16 when the Wolverines demolished Florida State. In their 76-58 victory over the Seminoles, the Wolverines shot 49% and held the Seminoles to just 25% shooting from long range.

Juwan Howard’s team has scored 81.3 points per game through the first three rounds. A similar performance in the Elite Eight could be too much for UCLA to handle.

Who will win the UCLA vs Michigan game:

UCLA has been perhaps the best story of the 2021 NCAA Tournament. But their Elite Eight run is poised to end in the Elite Eight at the hands of Michigan.

The Wolverines have outrebounded their opponents convincingly over the last two games and should use that edge on the glass and their superior offense to head to the Final Four as the champions of the East Region.