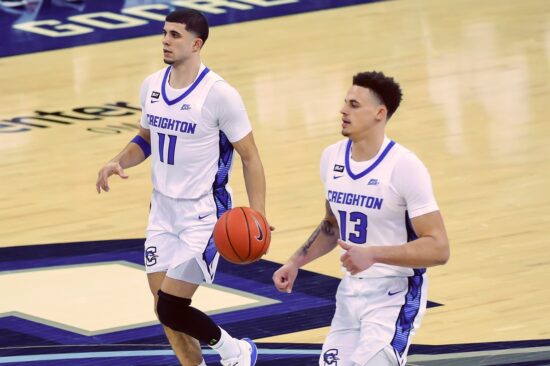 The #11 Creighton Blue Jays try to break out of a rut when they host the Connecticut Huskies on Saturday afternoon. Creighton has dropped two in a row, both as favorites of at least -7 points. The Huskies suffered an upset of their own last time out however, losing to St. John’s 74-70 at home as -6.5 favorites. These two teams went to OT in late December, with Creighton pulling off a 76-74 win on the road.

UCONN In a Great Spot Here?

The Huskies visit a Creighton team that is reeling right now, losing consecutive games to Butler and Providence. Connecticut is a respectable 7-2 on the season, landing them 4th in the Big East and up to 23rd in the AP Top 25.

Connecticut is arguably playing their best basketball of the season right now with wins over Butler (72-60) and Depaul (60-53) before a loss to St. John’s their last time out. Even in that game against the Red Storm on Monday afternoon UCONN was up by 14 at one point, but St. John’s got hot in the second half leading to Connecticut’s demise.

Dan Hurley’s team is at a bit of a disadvantage on Saturday with James Bouknight sidelined with an elbow injury. Bouknight is the Huskies leading scorer at 20.3 ppg, and dropped 40 points on Creighton in their first matchup. R.J. Cole can pick up some of the slack as he had 18 points in the loss to St. John’s, but otherwise Connecticut is facing some real limitations offensively.

Creighton a Tough Team to Back Right Now

While UCONN is playing well, Creighton is at  risk of losing their third straight on Saturday. The Blue Jays have fallen 70-66 in OT at Butler and 74-70 at home vs. Providence over their last two games. Creighton had scored at least 89 points in the two games prior, so they are having issues on both ends of the court recently.

Creighton shot just 6-23 from three point range in the loss to Butler and followed that up by going just 4-23 from beyond the arc against Providence. This is a team that has lost confidence in their shot, even while playing at home vs. the Friars.

The Blue Jays will get a boost with Bouknight out for UCONN. The Huskies guard was 5-12 from three point range and went to the free throw line 12 times in the first meeting. Who steps up for Creighton though? The Blue Jays have four players averaging at least 11 ppg, but leading scorer Denzel Mahoney was held to just 5 points vs. Providence.

Who will win tonight between Uconn vs Creighton:

The Blue Jays are -8 point home favorites in Saturday’s meeting. The loss of Bouknight hurts the Huskies, but that’s way too many points to be getting against a team that is ice cold shooting right now.