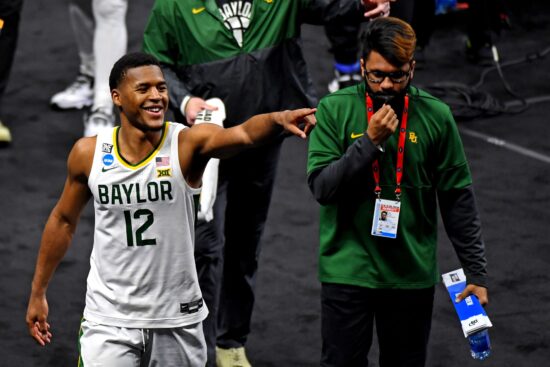 The Wisconsin Badgers are definitely a team you don’t want to run into come tournament time. North Carolina found that out the hard way in a thorough 85-62 beating at the hands of UW. Does that put the #1 seed Baylor Bears on upset alert though? Baylor had a pretty easy go of it in their opener as well, dominating Hartford 79-55.

Wisconsin Coming Out of Stacked Big 10

UW could be very overlooked in this tournament, as their 18-12 record is good but not outstanding. You have to consider that the Badgers put up those numbers even while playing in the Big 10, which sent 9 of its 14 teams to the NCAA tournament. What appears to be a mediocre team in the conference may actually be pretty great.

North Carolina definitely got taken by storm against the Badgers. The 85 points scored by Wisconsin was their most since January 7th, and more importantly the big names stepped up as Brad Davison had 29 points while D’Mitrik Trice added 21.

The Badgers had been playing kind of rough heading into the matchup with North Carolina as well, losing five of their last six during the regular season, and barely beating Penn State 75-74 in the Big Ten tournament opener before losing to #8 Iowa. The victory over UNC offered a huge sigh of relief for coach Greg Gard, as the Badgers were upset 72-54 as the #5 seed by Oregon in their last tournament appearance in 2019.

Wisconsin’s slight upset of North Carolina was impressive considering the Tar Heels are massive with two starters clocking in at 6’10” and Roy Williams bringing another 7’2” player off the bench. What Baylor presents is speed and depth though, something the Badgers may not match up as well against.

The big win over Hartford was a nice refresher for Baylor, who dropped just their second game of the year 83-74 against Oklahoma State in the semifinals of the Big 12 tournament. Macio Teague had 22 to pace Baylor vs. Hartford, but it should be noted they didn’t cover the -25.5 spread in the 79-55 win.

Baylor also only beat Kansas State 74-68 in the Big 12 tournament opener even as -19.5 favorites. Is that a sign this team is starting to falter? There’s no doubt the #3 team in the country is talented, as five different players have hit for 19+ points in the last 10 games. Wisconsin also has the #13th adjusted defense in the country, even while playing in the Big 10.

Who will win the Wisconsin vs Baylor game:

Baylor has met up with one Big 10 team this year, dropping fellow #1 seed Illinois 82-69 back on December 2nd. The Bears were playing much better back then however, and although this -6.5 number will get hammered by public bettors on Baylor, Wisconsin looks like they can keep this close.