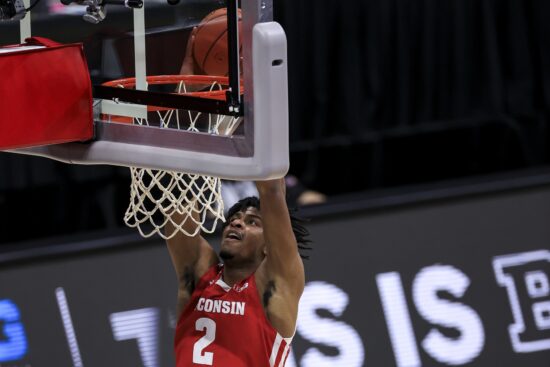 In a tournament lacking a lot of blue bloods, this is probably the most intriguing first-round matchup. The teams heading in opposite directions, and North Carolina played much better down the stretch as the Badgers stumbled.

Storied Programs Meeting in First Round

2020-2021 was not a season to remember for many of the blue blood programs in college basketball. Duke and Kentucky missed the tournament, and Wisconsin and North Carolina are never satisfied when they are an 8 and a 9 seed. But, this should be one of the best matchups of the first round, involving two of the better programs in college basketball.

Experience-wise, these two teams are polar opposites. North Carolina will play at least six freshmen in this game, and their best player is Armando Bacot, who is a sophomore. Wisconsin is one of the experienced teams in the country and will play six seniors.

Freshman Caleb Love is the definition of hot and cold. He can have games where he looks like an NBA lottery pick, and others, like against Florida State in the ACC tournament, where he looks lost. Against the Seminoles, Love went 4 of 14 with four turnovers and only one assist.

The Tar Heels are ranked 28th by Kenpom. The offense is 53rd in efficiency, and the defense ranks 14th. They have the nation’s top offensive rebounding percentage of 41.3%.

Wisconsin Stumbles Down the Stretch

The Badgers were a top ten team at one point in the season. They ended the season by losing seven of nine games, to drop all the way to a nine seed.

Wisconsin uses their experience by slowing the game down and not giving away possessions on offense. They have a turnover rate of 13.5%, which ranks second in the country.

D’Mitrik Trice is the leading scorer for Wisconsin at 13.7 points per game. Trice also leads the team in assists (4.0) and is shooting 38% from behind the arc.

Micah Potter has played better of late after being moved to the bench late in the season. Potter is averaging 12.8 points per game and is the team’s leading rebounder (5.9)

Kenpom has Wisconsin as the 11th ranked team in the nation. The offense ranks 32nd in efficiency, and the defense is 12th.

Who will win the Wisconsin vs North Carolina game:

While it is no secret that the Badgers struggled down the stretch, the quality of opponents had a lot to do with it. North Carolina looked better at the end of the season but still only beat one team ranked inside the Kenpom top 30 all season.

Neither of these teams could come up with the huge resume-building wins they needed to get a high seed, but they are both dangerous. I will take the experience of Wisconsin over the talent of North Carolina as the Badgers advance to play the Baylor Bears.